The Forbidden Eroticism of Real Estate 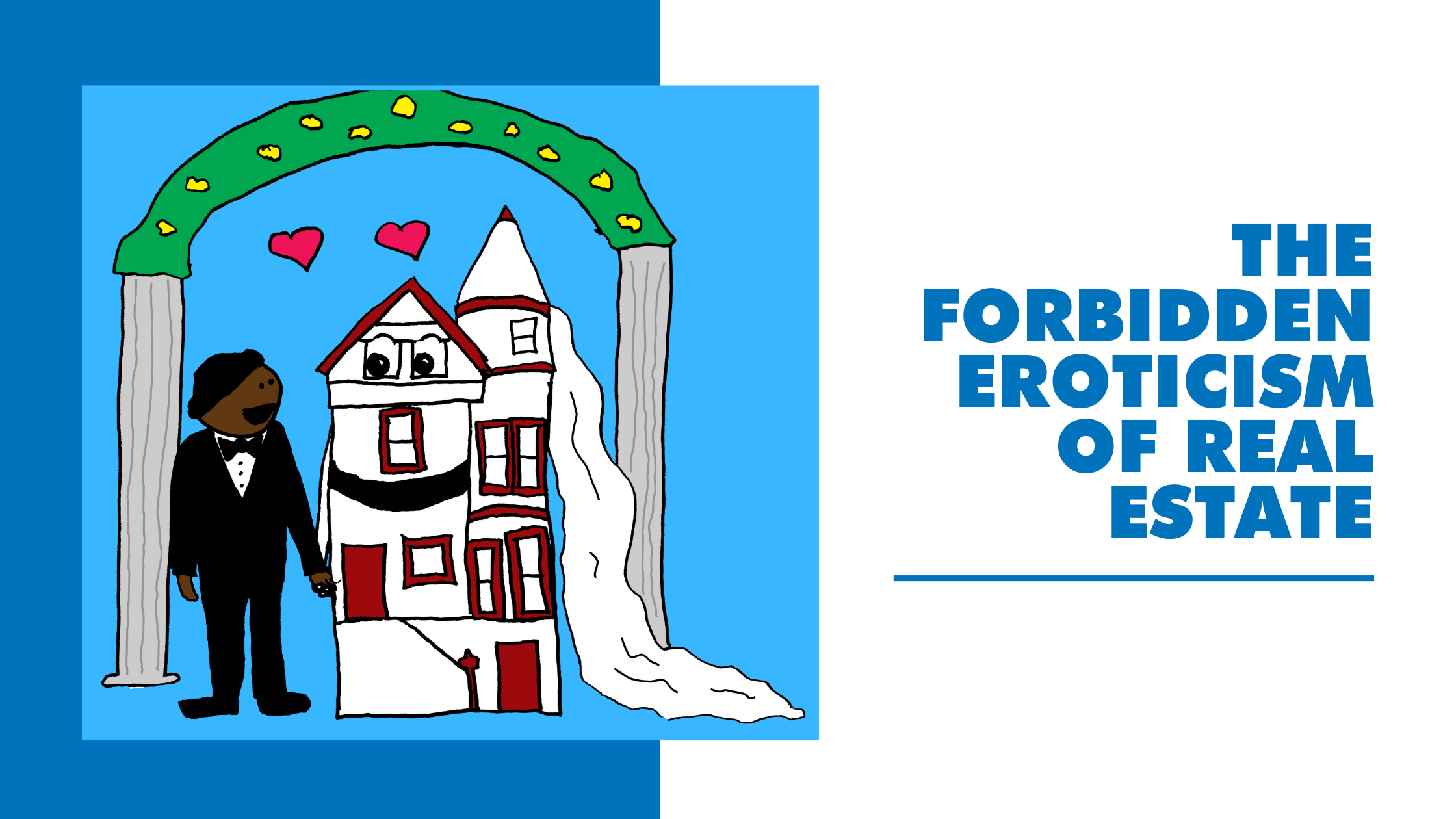 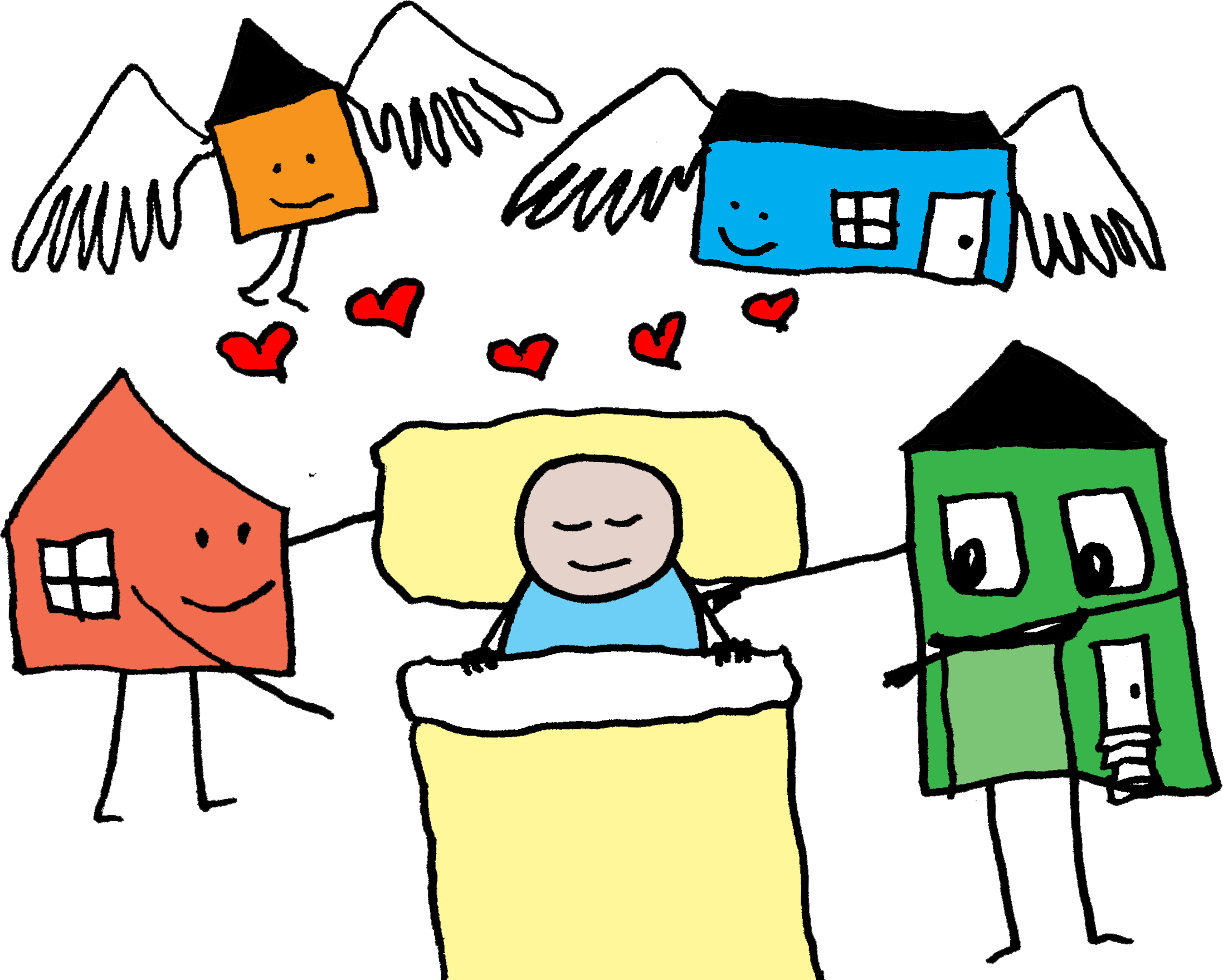 In the final waking hour of her life, my mom lay in a hospital bed drifting in and out of consciousness. Not long before she closed her eyes for the last time, she looked up, smiled, and said “I just traveled through every room of every home I ever lived in.” It was the kind of warm fuzzy smile you’d expect from a person who’d just received the best bear-hug ever. The comfort, satisfaction, and love of those homes followed my mom through the ups and downs of a lifetime. They were kin, at her side in those final hours, along with me, my dad, and my sister.

Our dominant culture does not recognize and protect the deep bonds of love that people have with places, homes, and communities. Meanwhile, the bonds of male-female marriage and the structure of the nuclear family have been ossified in our legal system and fiercely defended. Six days after I legally married my wife, the majority of California voters reneged the right of same-sex couples to marry. That was only 12 years ago, so it remains a fresh reminder of our society’s limited imagination when it comes to the possibilities for love to re-map our social structures. 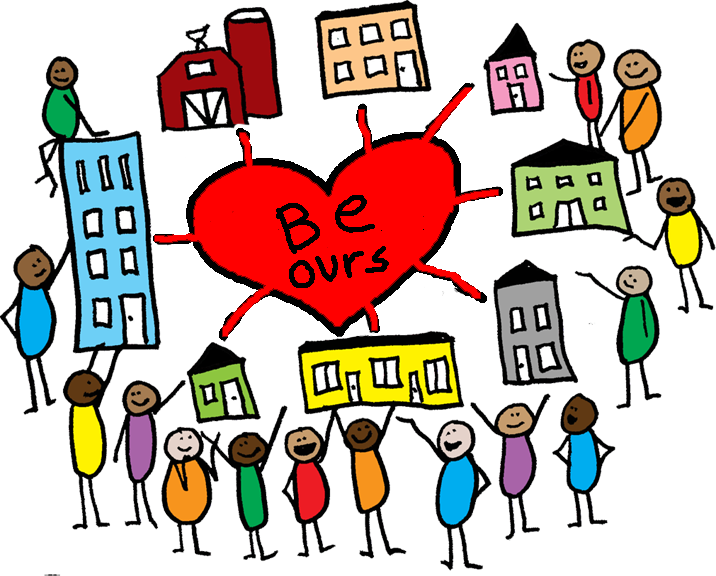 To begin to liberate our imaginations and create the legal structures for something different, the Sustainable Economies Law Center launched the Radical Real Estate Law School (RRELS) in June of 2020. Four inspiring activists joined our staff and are studying to become lawyers without going to law school. Now, we’re providing more legal support and training to community groups as they remove land and housing from the speculative market and develop infinitely diverse and beautiful visions for these places. Many are BIPOC- and queer-led groups combining inspiration from indigenous land stewardship traditions, afro-futurist visioning, landless people’s movements, permaculture, and racial and economic justice movements. 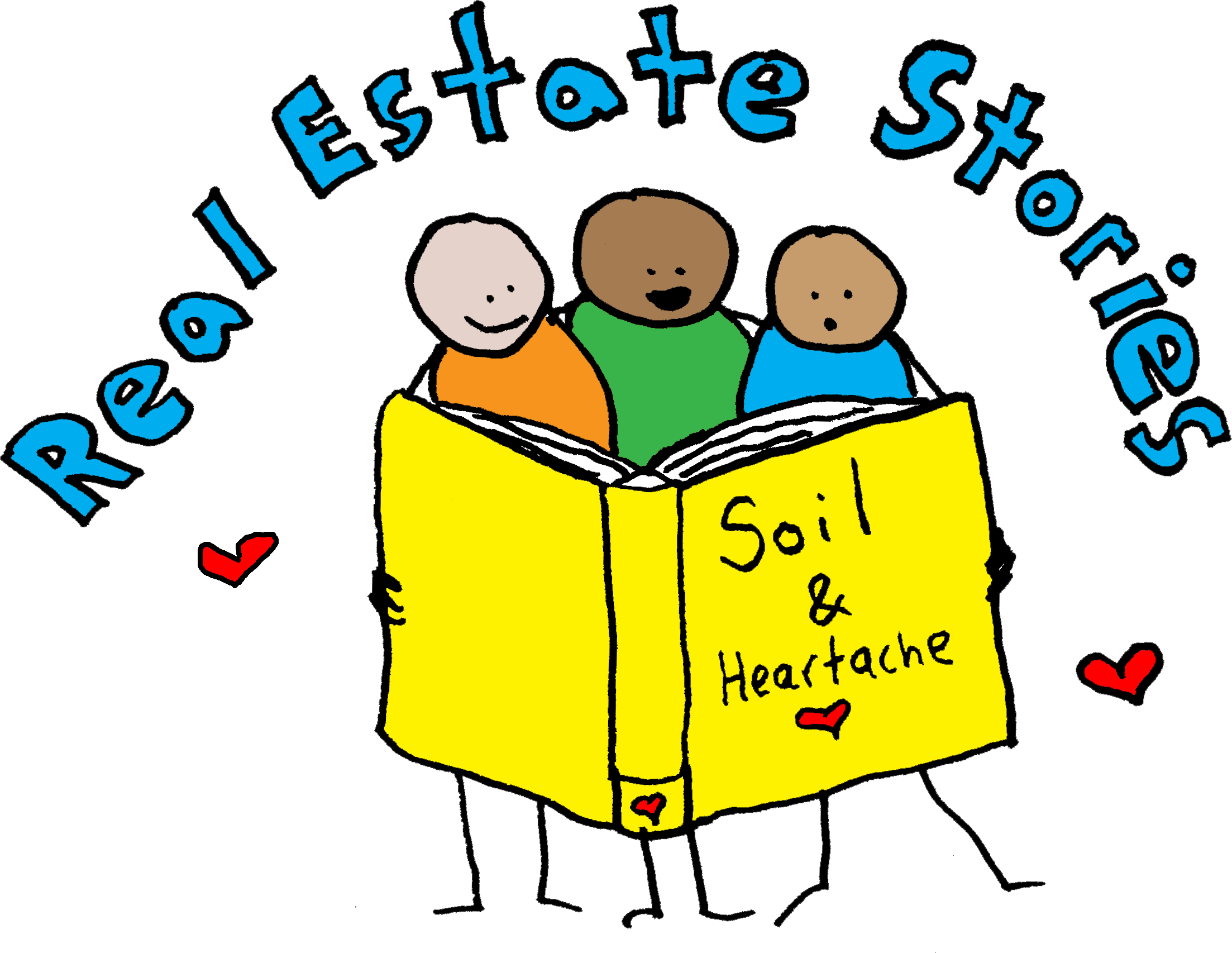 My coworkers Tia, Chris, adélàjà, Hope, Christine, Dorian, and I begin our weekly RRELS meetings with a ritual of “real estate story time,” where each person is invited to share a short story, memory, or anecdote. We chuckle at the idea of telling stories about something as dry-sounding as “real estate,” but we also know we’re doing something powerful. What if real estate romance were a genre as popular as other kinds of romance? There are billions of stories yet to be told about the rich and complex relationships between people and places. And what if those stories could begin to remake our society and economy – and eventually our legal system? 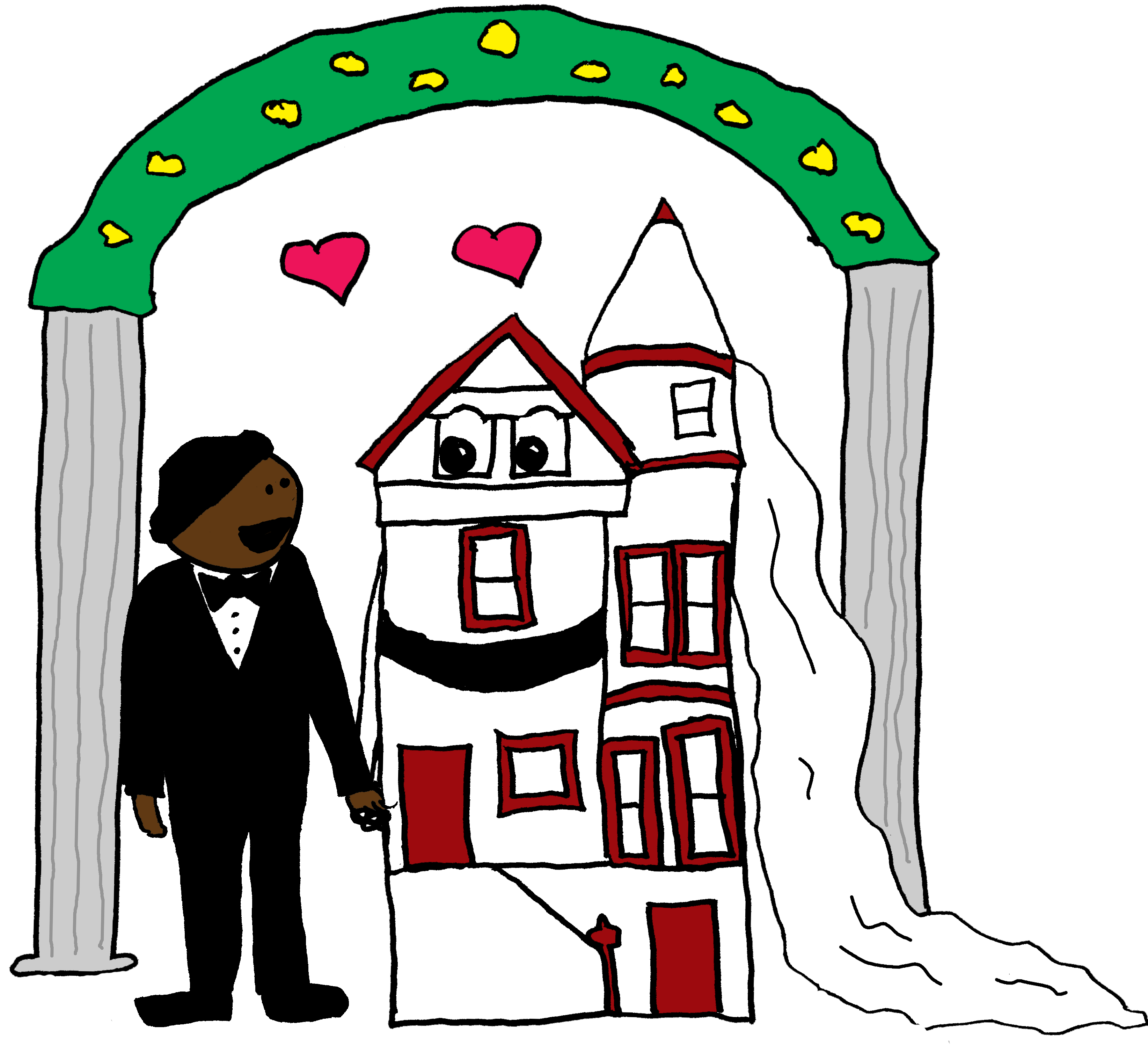 We desperately need different stories to expand our imaginations. Last summer, I dragged my heavy feet out of Oakland’s Grand Lake Theater after “The Last Black Man in San Francisco” broke my heart. I recommend the movie, not because it will give you a sense of hope and solutions to the devastations of gentrification and racialized displacement, but because the story will make every part of your body desperate for radical change. I’ve replayed the movie in my head in search of a happy ending, and I can imagine one: In the end, our society decides that love, rather than money, should determine the shape of our communities. 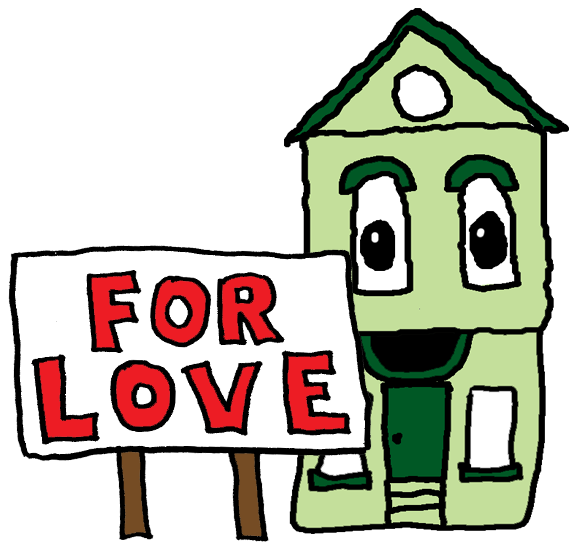 What if our laws require that homes go to people with the most knowledge, care, and affection for a place, instead of to the buyers with the most money? What if some sort of “marriage” between people and their homes could prevent them from being torn apart? That will sound blasphemous to those who talk about the “sanctity of marriage.” But what is marriage, after all? It’s a socially- and legally-recognized container in which we create and nurture life. As we face climate catastrophes, deepening white supremacy, worsening inequality, and mass extinction, can you think of anything that we should prioritize over activating every human to nurture life? How do we create the containers for it? Instead of allowing most people to live in fear of displacement, could we promise every human a secure attachment to place, such that each person can pour unlimited affection and care toward their neighbors, both human and non-human? 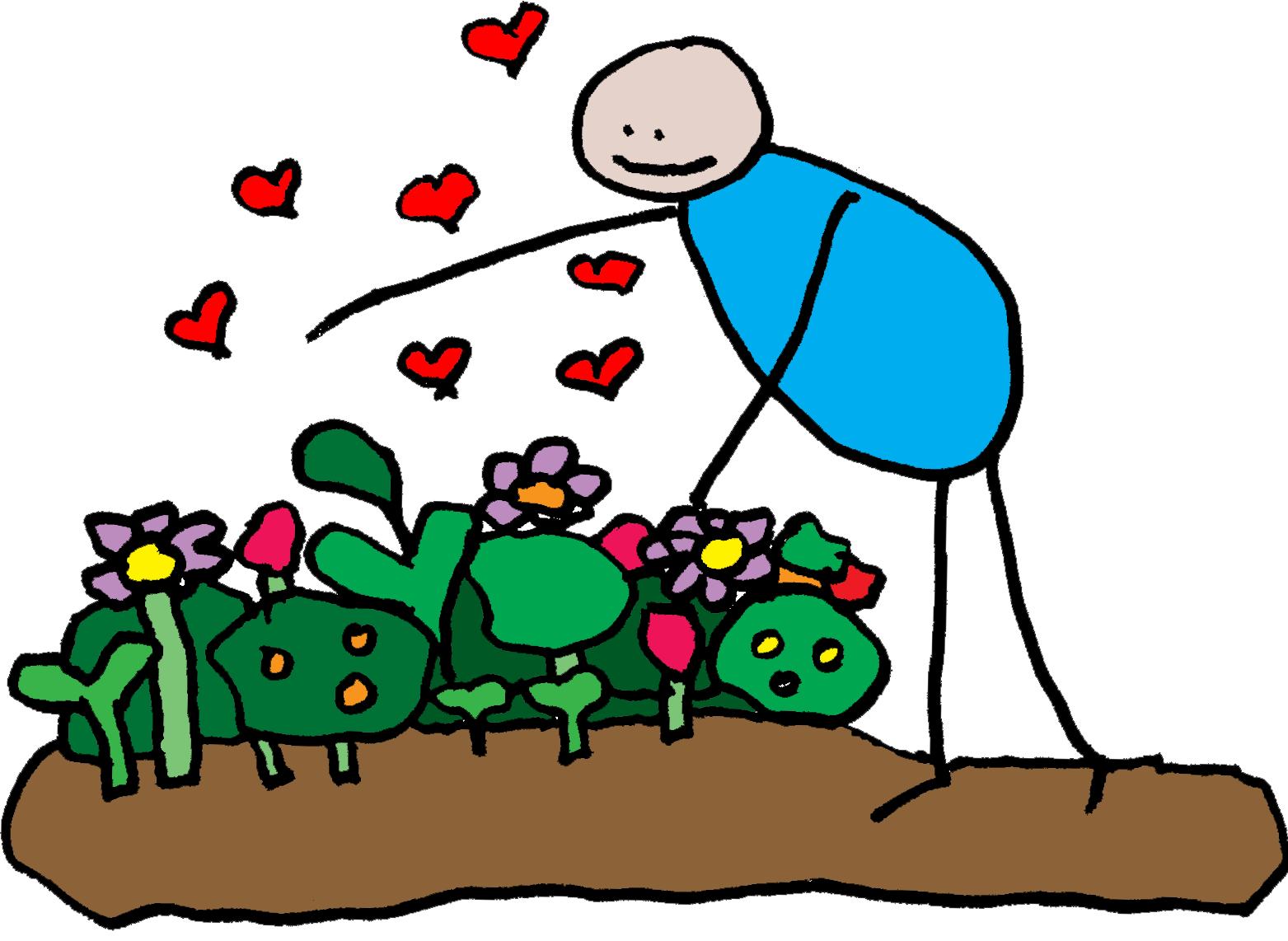 In the face of current threats, affection may be the greatest source of renewable energy available to us. It’s a force that draws us together to feed and shelter one another, to make babies, and to nurture growth. Social change work can feel draining – like an uphill battle – when we’re not tapped into the driving force of affection. When we do tap into it, it can fuel us for hours, days, years. My mom had a deep affection for plants, particularly the ones she planted and nurtured herself. While she could never hold herself to a routine of physical exercise, she had boundless energy to labor for hours in the garden. That’s the very same energy that drives many Indigenous peoples to carefully and affectionately tend the plants, animals, and soils that are felt – quite literally – as family. To me, it’s proof that, while impossible to measure with scientific instruments or in dollars, love is more powerful than anything. Imagine a legal system that works with it, not against it. 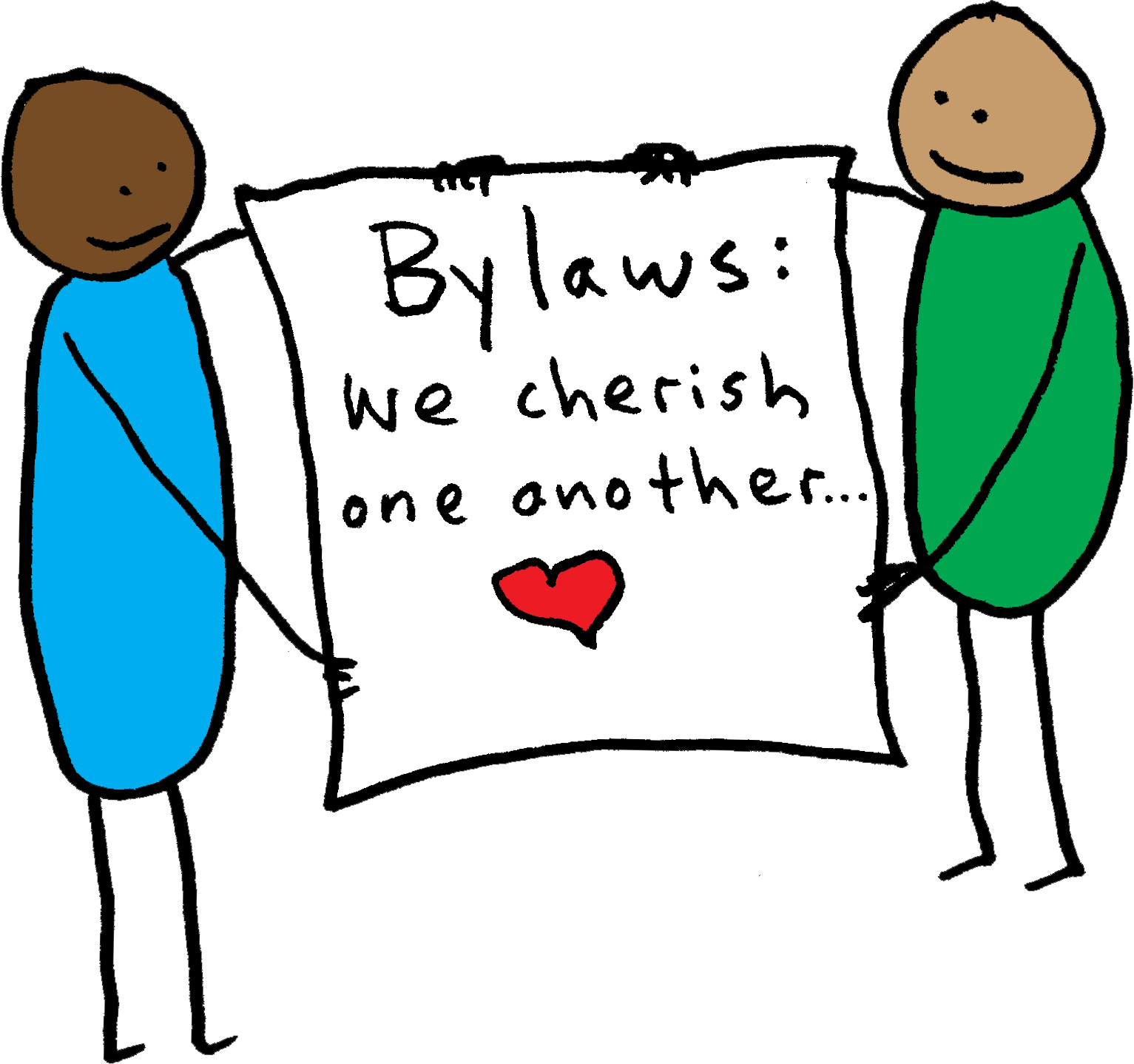 At Sustainable Economies Law Center, the legal documents we create are snippets of love stories. Our clients – who are creating real estate cooperatives, land trusts, worker-owned farms, and more – are the protagonists of what will become epic stories of healing and bonding between people and place. The work is not all roses. Like any epic romance, it can surface rage, trauma, grief, and fear, particularly as every person is at a different stage of awkward break-up with the dominant culture. And we still haven’t broken up with conventional mortgages, insurance, realtors, permits, taxes, and all the laws and regulations that keep the oppressive real estate system in place. 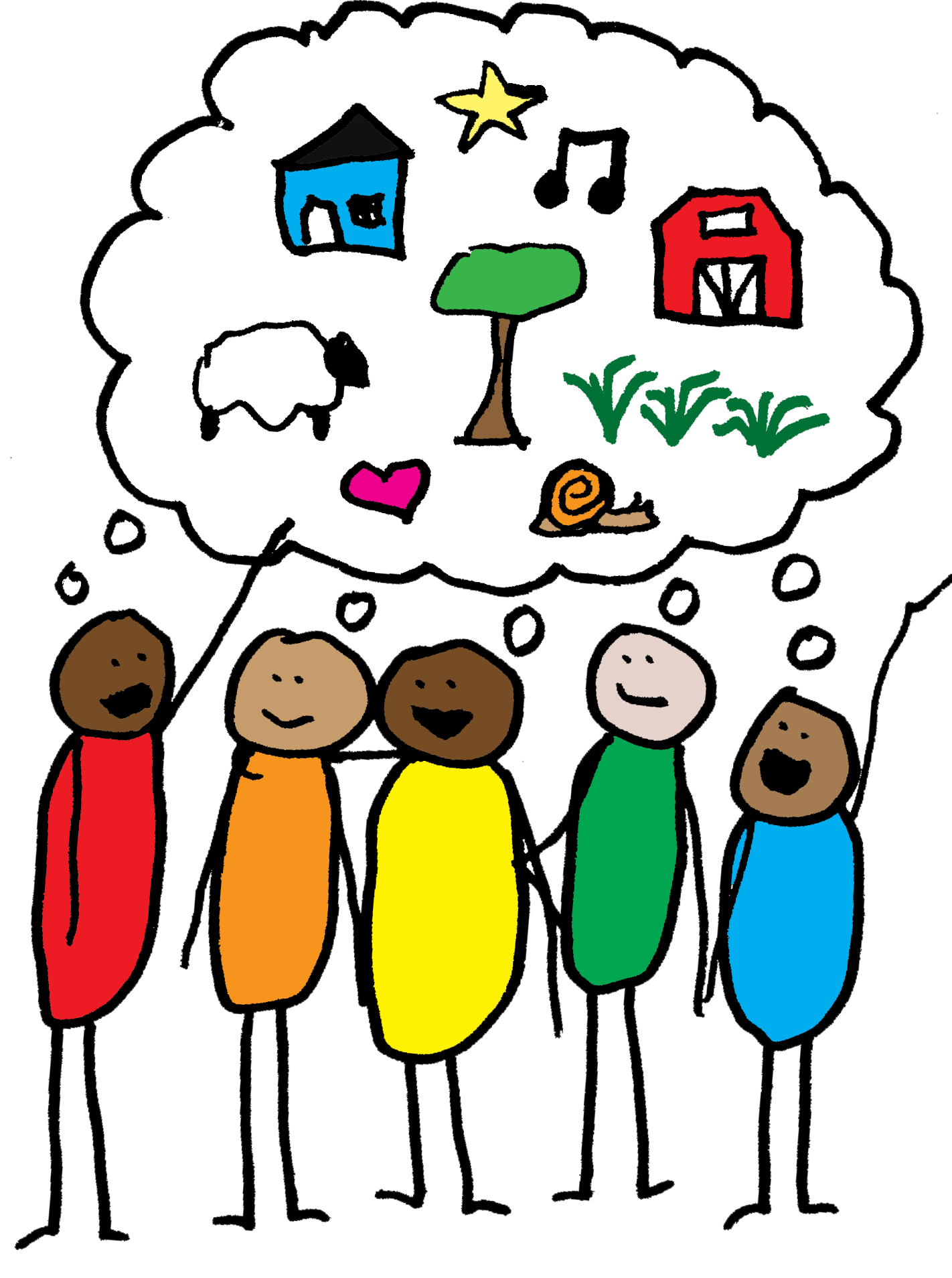 As challenging as the work can sometimes be, the weekly telling of “real estate stories” keeps us grounded in our personal, ancestral, and local connections to land and home. And we burn with affection and gratitude for the people we work alongside – Indigenous sovereignty movements, the Movement for Black Lives, and other visionary activists who point all of us in the direction of something more beautiful.

Other things that sustain my personal inspiration for this work include: 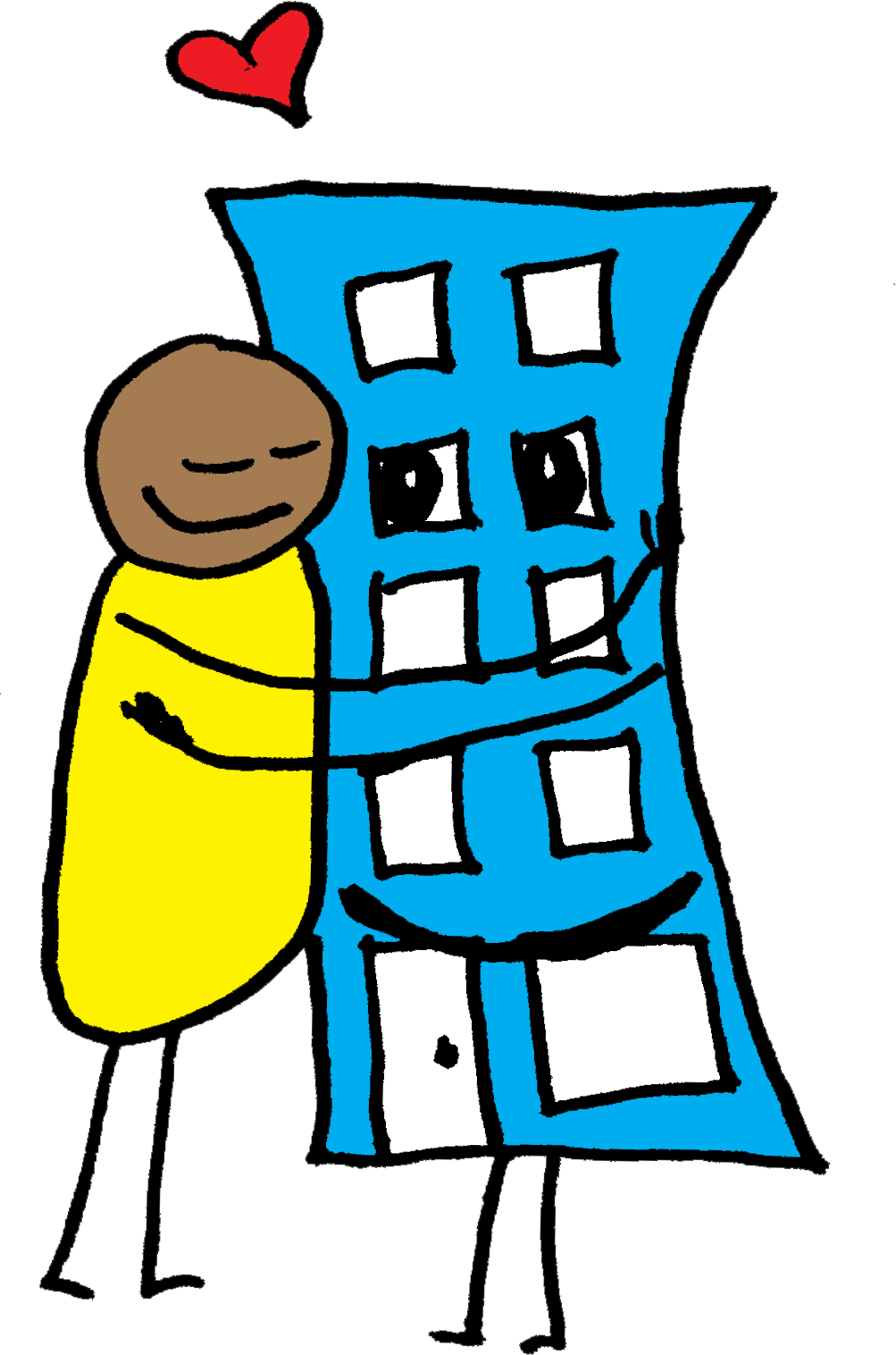