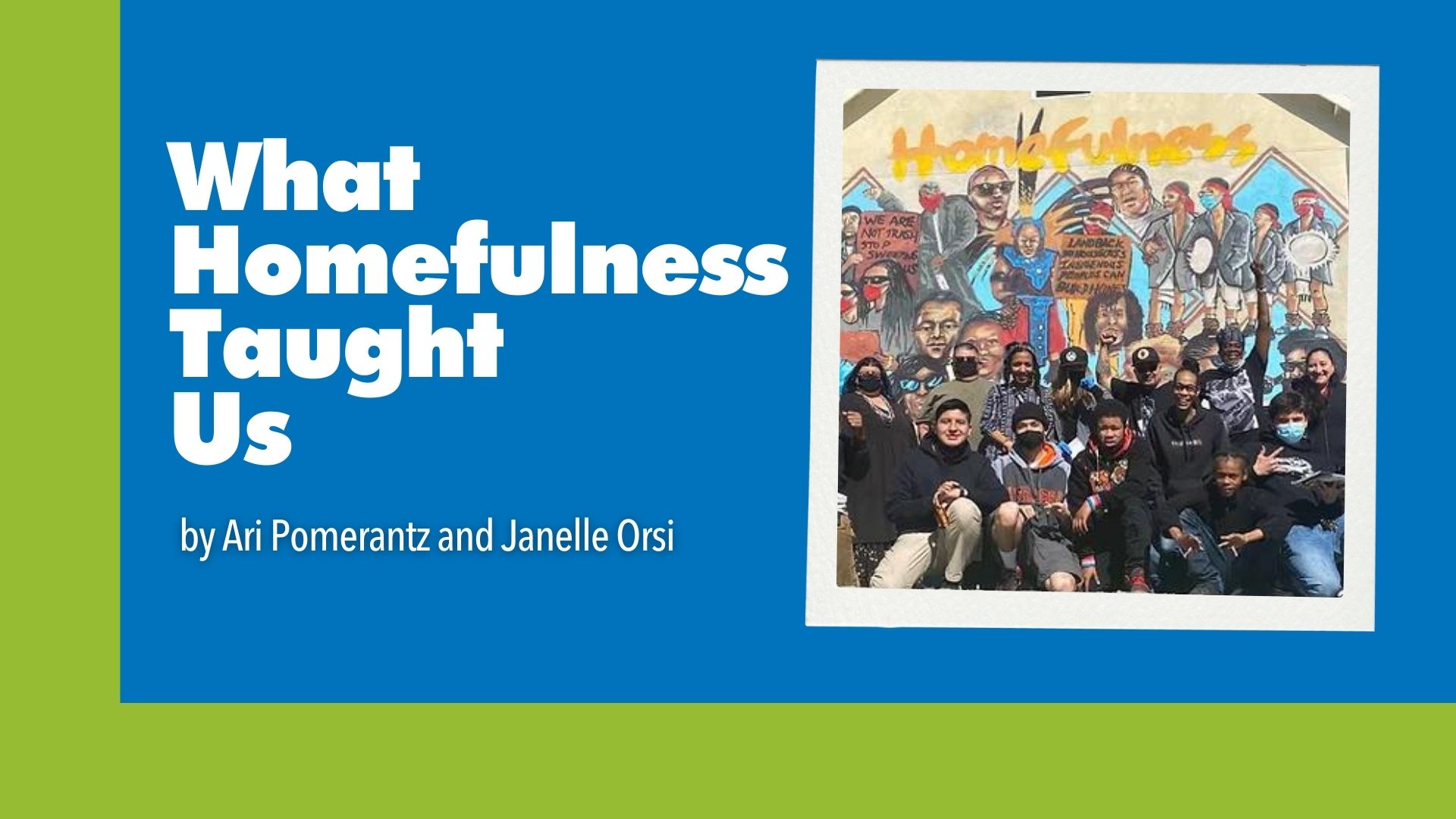 How can we ever begin to describe what we just experienced? For a year and a half, Sustainable Economies Law Center worked with POOR Magazine to get final approval for unhoused people to move into four homes built as part of a larger project they call Homefulness. Jaw-dropping, surreal, infuriating, devastating – no adjective could possibly describe the experience, and the story is far too long and detailed to tell. Yet, we feel a responsibility to share what’s been revealed.

Inspired by ways that POOR Magazine uses theater to expose violent systems, we made this video to share just one of MANY ways that the City of Oakland blocked and tormented the Homefulness project. The City refused to let people move off the streets and into the housing until POOR built parking spots, and that turned into an epic journey:

For POOR Magazine, the larger story stretches over 11 years, during which the Oakland Planning & Building Department and several other agencies were negligent or outright hostile toward their project. The Department’s process caters to wealthy developers who perpetuate racist, classist land use practices and keep poor people unhoused. It provides no support for groups like POOR that are committed to decolonizing development.

Over the years, POOR had to pay exorbitant fees to the City and other agencies to comply with unfamiliar permit standards that changed from inspection to inspection. The Department’s unexpected hurdles and timelines offered no adjustments to a group that operates by the consensus and leadership of poor, unhoused people. It took financial and emotional resources away from poor people navigating the violences of being unhoused while distributing free diapers and food to support one another.

Most ironically, the Department refused to let unhoused people move into the units until POOR paid $40,000 in Impact Fees, funds the City purportedly uses to support services for unhoused people. City officials did not directly inform POOR that they could apply for an exemption from the fees, which we found in the fine print of City codes. POOR had to apply for this twice and waited months for a final decision. The story about the Impact Fees could be its own improv theater piece, because the City’s procedures and behavior made us both laugh and cry over the course of a year of working to get an exemption.

As lawyers, we’ve been trained to follow procedures and work on the system’s terms. And those of us with race and class privilege tend to find the system working in our favor. When Homefulness asked for our help with the parking and Impact Fee issues, we imagined we could work some lawyer magic and make the problems go away. Instead, we learned many hard lessons. POOR’s leaders patiently wove what they call “poverty skolarship” into our regular meetings, helping us step into their world and see what they see: Countless daily struggles, systemic prejudice and violence, and a system that – far from offering support – would rather sweep the City free of groups like POOR.

This epic experience is not evidence that the system is “broken.” Rather, it demonstrates that the system is doing exactly what it was designed to do. As POOR leader and poet Tiny Gray-Garcia would describe it: Politriksters, permit gangsters, and intentionally CONfusing processes prop up a multibillion-dollar development industry that funds papered architects, contractors, and inspectors’ salaries.

POOR is calling on the City to pass an ordinance that waives the fees, parking requirements, and other unreasonable demands it puts on houseless and poor builders who are creating solutions to homelessness. The City should also pay for dedicated staff people, trained in poverty skolarship, to guide poor and homeless builders through the building and planning process. Ultimately, the City needs a true Land Liberation Act, which, in Tiny Gray-Garcia’s words, dismantles settler-colonial zoning and building codes and lies – er, I mean laws – about private property.

POOR has taught us so much, and we hope more people will get to learn from them. We highly recommend anyone attend POOR Mag’s PeopleSkool, coming up August 27 and 28. You can read about how transformative PeopleSkool was for our coworker Tobias here: Part 1 and Part 2.

And learn more from POOR about the obstacles they faced to build Homefulness:

Who is an architect? Permit Gangsters and Racist, Classist ProFEEshionalism of Building Homes