Last year, the Sustainable Economies Law Center brought together a group of five community composters from around California in a monthly phone call, creating a small, but powerful, California Community Compost Coalition. These amazing individuals are transforming the ways their communities manage food and yard waste, and they are helping California comply with a mandate to divert organic waste from landfills.  Yet, these compost entrepreneurs have been encountering many frustrating legal barriers, prompting them to take action at the city and state level. Already, they are demonstrating that – even without policy advocacy experience – people can shape law and policy when they get organized and speak up! 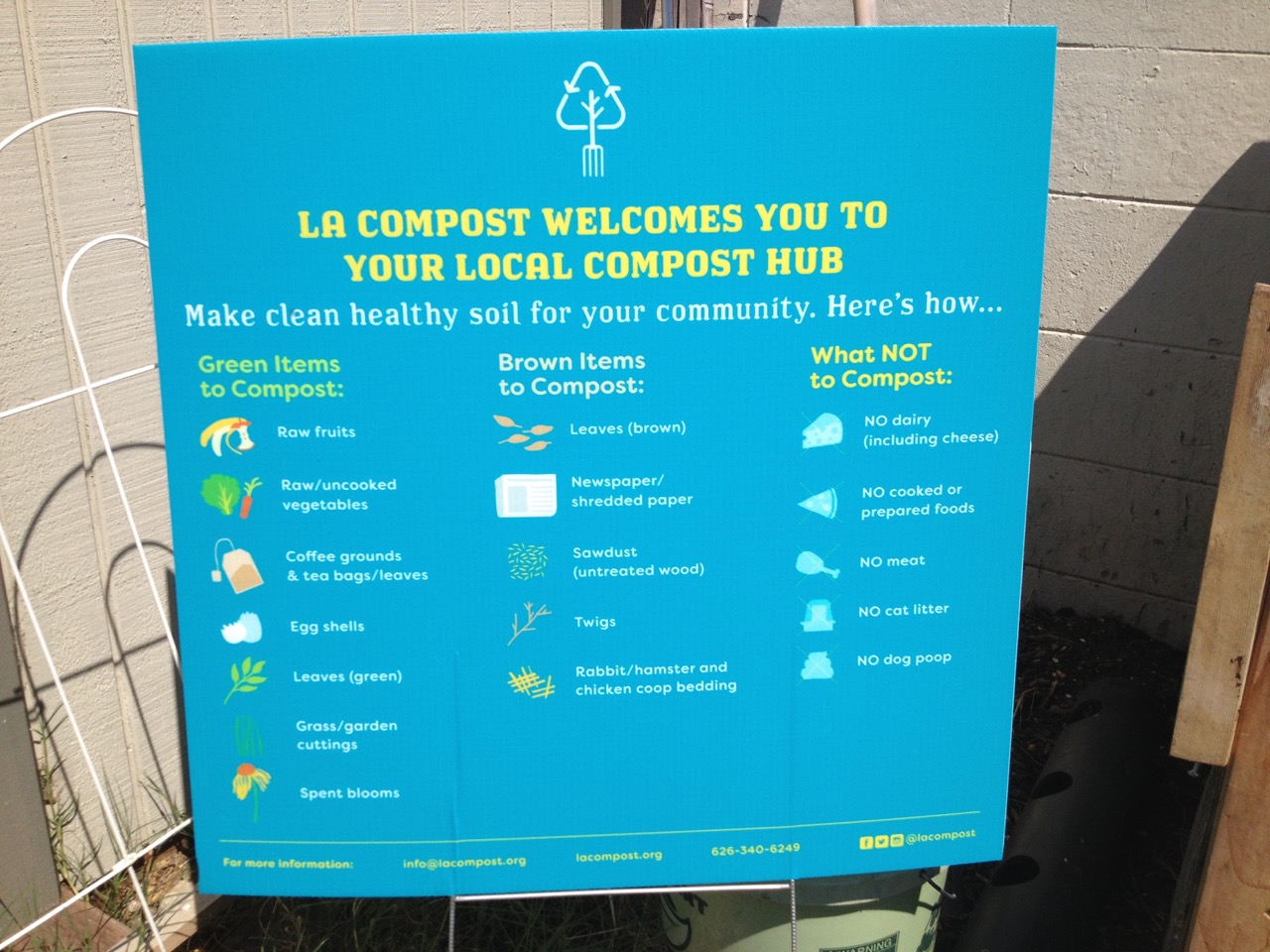 Photo by Brenda Platt, Institute for Local Self Reliance

Composting is widely recognized as the predominant method to recycle food and yard waste. However, the current lack of facilities is a major impediment. California needs to rapidly scale its capacity to recycle food and yard waste, and the needed infrastructure will ideally be distributed and diverse, with a mix of private and public small- , medium-, and large-scale compost facilities. Community-scale composting is one of the fastest growing sectors of the composting industry. Yet, policies, legal systems, and funding programs are often oriented toward only large-scale private industrial composting sites. Our legal system is unprepared to respond to the diverse potential of food and yard waste recycling, and in the rush to divert waste from landfills, cities and states could favor mass-production of compost, and sweep aside a rich array of locally based options. The Law Center recently created a Community Compost Law & Policy Project to address the legal needs of the growing community compost movement.

One member of the California Community Compost Coalition, Food2Soil in San Diego, was severely impacted when their city excluded food waste from its definition of recyclables last October. That definition is intended to make it so that up to 1,000 tons of recyclables can be collected and recycled by certified recyclers, who are different from franchise haulers. When San Diego excluded food waste from the definition it basically kicked food waste back into the category of solid waste collection, meaning that only franchise haulers with exclusive city contracts can pick it up. Community composters could not pick up this valuable resource and as a result more food waste ends up in the landfill (causing methane gas), instead of in the compost bins of community composters where it can become soil and fertilizer! This action by the city of San Diego caused problems for Food2Soil, as well as another entity called Closing the Loop. As Sarah Boltwala-Mesina of Food2Soil explained in an op-ed, “Under the city’s new revisions to its municipal code, Food2Soil and other small businesses that do similar work would not be able to charge restaurants a fee for collecting and recycling food scraps; essentially choking a vital revenue stream and forcing these businesses to close.”

Earlier this year, the San Diego Food System Alliance, Food2Soil, and other local organizations met with all city council members to try to get them to understand that community composters should be part of the city's definition of recyclers. The municipal compost program is operating at full capacity and is not able to keep up with the available materials that need to be kept out of landfills. San Diego is now considering providing an exemption that will allow community composters to continue to provide this important service. The city agreed to postpone enforcement of the new policy. All told, this was a victory that demonstrated the power of making our voices heard.