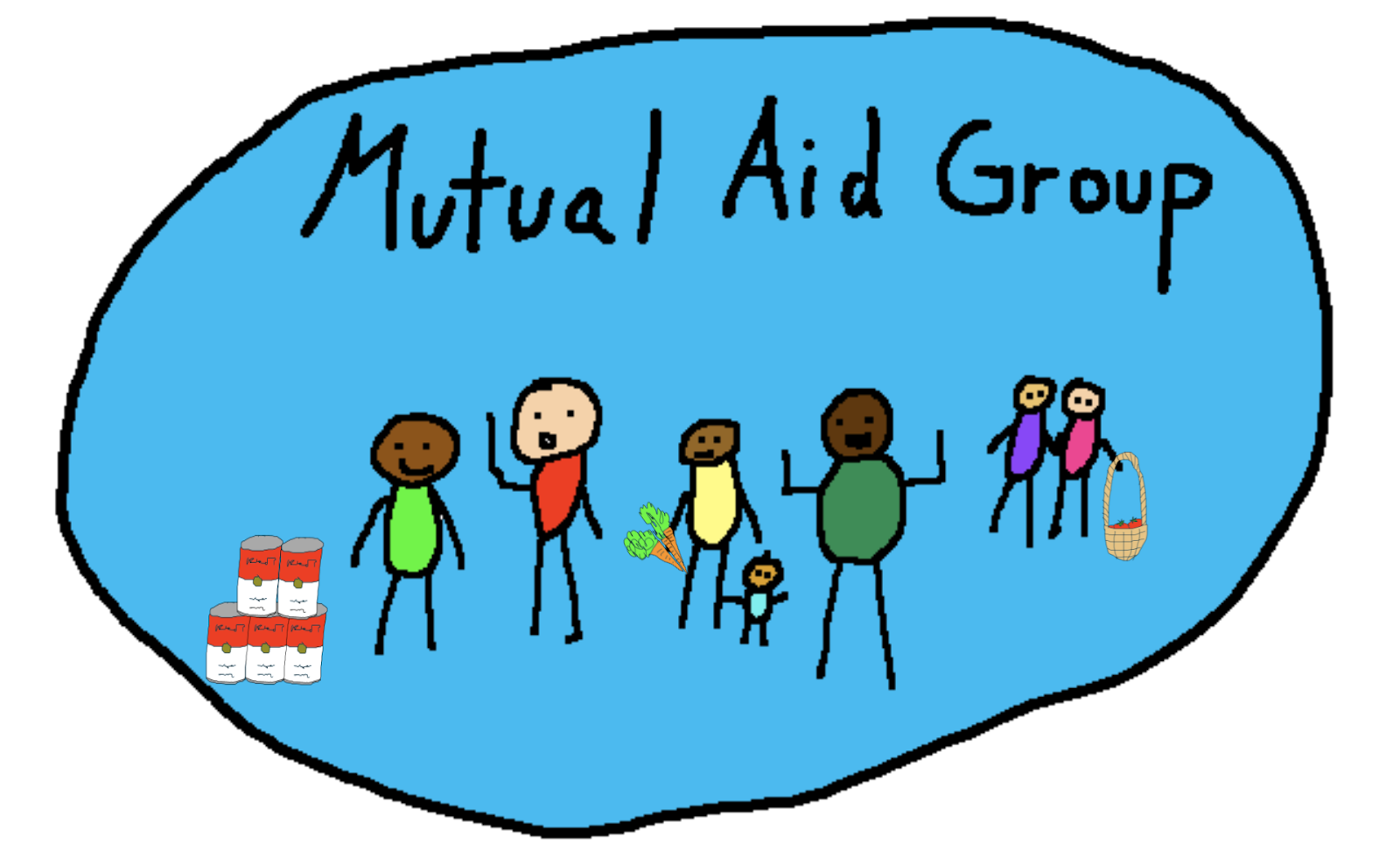 At the outset of the COVID-19 pandemic, people instantly recognized that government aid and charity would be insufficient to support their communities. Within weeks, communities all over the country began organizing, at a scale unseen since the Great Depression, to build mutual aid networks. Many of these groups adopt an explicit lens of racial justice, as they grow in parallel with national uprisings. Transfers of money, food, and favors radically reconfigured the flow of resources in communities and reshaped how households could meet their needs. Now, a year and a half later, how have these groups evolved?

That was my number one question when I began working at the Sustainable Economies Law Center in September of 2021, having recently obtained the funding to provide legal services for the mutual aid movement that I had first applied for almost a year prior. Now, after interviewing leaders from 15 groups (and corresponding with others via email), I think it’s safe to say that the movement has stayed beautifully true to its localized identity by moving in no particular direction and in all directions at once. Four groups told me that they had lost capacity or were shutting down. All others have continued their original disaster-relief work of maintaining hotlines, redistributing money, and/or delivering groceries, and many have also started new projects such as:

⭐ Organizing their communities for local change 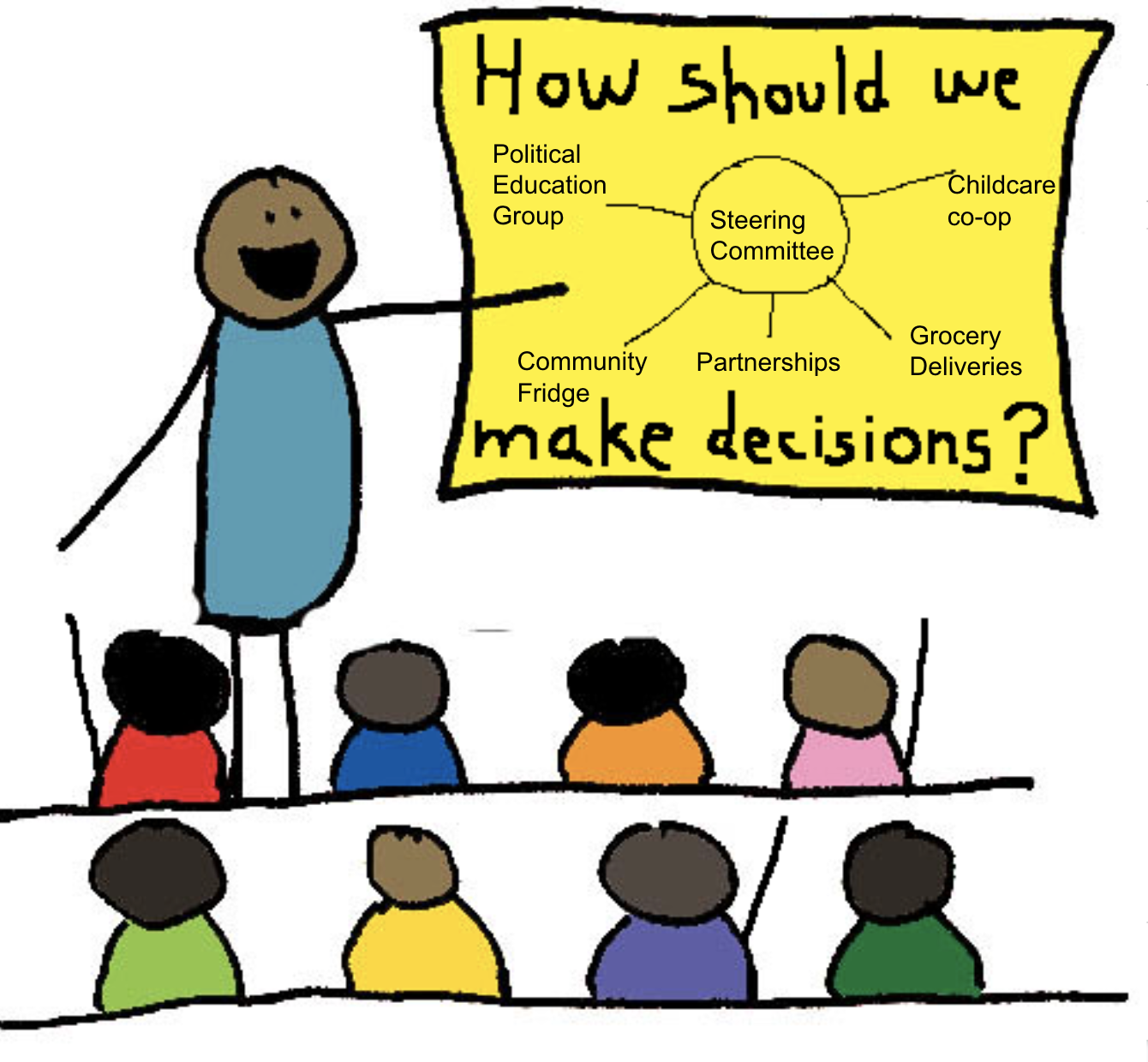 Outside of these specific issues that were coming up, two themes surfaced in my conversations that are guiding my understanding of how to support the mutual aid movement:

First is the interconnection between the internal health of the group and sustainability of its projects. Without ownership of the group’s work from a number of community members, responsibilities can tend to fall on one or a few members, resentment builds, and burnout occurs. It isn’t easy to achieve a sense of ownership among members, but a clear, well-designed horizontal decision making structure goes a long way. Further, community-building activities and maintaining a culture of joy and gratitude are essential. One group I spoke with mentioned that they sometimes profile and thank people who have contributed a lot of time in their local newspaper. Another mentioned that they started a political education working group. These types of activities are the glue that help to “make revolution irresistible” (Tony Cade Bambara).

The second theme that surfaced is the importance of independence of a group’s structure so as not to be reliant on the structures of capitalism. For example, some groups are curious to explore new tech platforms for managing information and matching needs with offers, but weigh the possibility of becoming reliant on a technology that is only temporarily free against the benefits it provides. On a more personal level to my own work, I have been questioning what role lawyers should play in the mutual aid movement. There is certainly a risk that bringing in lawyers with our warnings of liability risks will only breed unwarranted fear and dampen groups’ energy, especially among groups small and informal enough to likely avoid regulatory oversight. But even beyond that risk is another: will bringing in lawyers make groups dependent on lawyers (and other highly trained, expensive professionals)? For example, a lawyer might advise a group to become a 501(c)(3) nonprofit so that donors can receive tax deductions and volunteers are shielded from personal liability. But this decision introduces ongoing burdens such as keeping detailed records, following nonprofit laws around grassroots lobbying and conflicts of interest. It introduces not just the expenses, but also the organizational cultural changes, associated with hiring more lawyers, accountants, and trained administrative staff.

For this reason, I believe that some of the most useful legal support at this juncture will be supporting groups to stay in the “gray zone” and fly under regulations. Janelle Orsi in her book, Practicing Law in the Sharing Economy, outlines six factors that tend to tip activities away from the realm of formal regulations:

(1) sharing with people you know,

(3) groups of people working together and sharing in decision making,

(4) sharing costs rather than seeking profit,

(5) casual, not contractual or bargained for, arrangements, and

(6) actions driven at least in part by generosity.

In my interviews, several groups reported wanting to establish childcare or real estate related projects, but being dissuaded by the regulatory burdens. Yet in California, cottage food laws and exemptions for childcare cooperatives support small-scale, sharing economy based activities. In these contexts and others, I hope to support mutual aid groups in creating right-sized legal structures for their radical work. Developing model structures for mutual aid efforts that walk this narrow line is where I hope to focus my efforts in the next few years.