At a recent Oakland City Council meeting, Wilson Riles, a community leader and former City Councilmember, reminded us why Wall Street is so-called: it actually had a wall built around it in the 17th century to keep out Native tribes displaced by early colonists.

It’s also worth remembering that Wall Street was the site of New York City’s first slave market, and the first modern financial instruments were developed to collateralize Black bodies in the Trans-Atlantic slave trade.

The roots of the modern financial industry grew strong off stolen land and stolen bodies. Today a growing pipeline divestment movement, catalyzed by the struggle at Standing Rock, is again making the connections clear between Wall Street investment banks and ongoing colonization and racial oppression in this country. Earlier this year, leaders of the Standing Rock Sioux called upon water protectors and those fighting for indigenous sovereignty to take opposition to the proposed Dakota Access Pipeline (DAPL) from the burial grounds of the Standing Rock Sioux to the boardrooms of the financial institutions funding the pipeline. [Read a more in-depth review of the struggle at Standing Rock here.] Where bodies and prayers alone could not stop the pipeline construction, Native leaders tried speaking in a language that Energy Transfer Partners and their financiers might understand better: money. 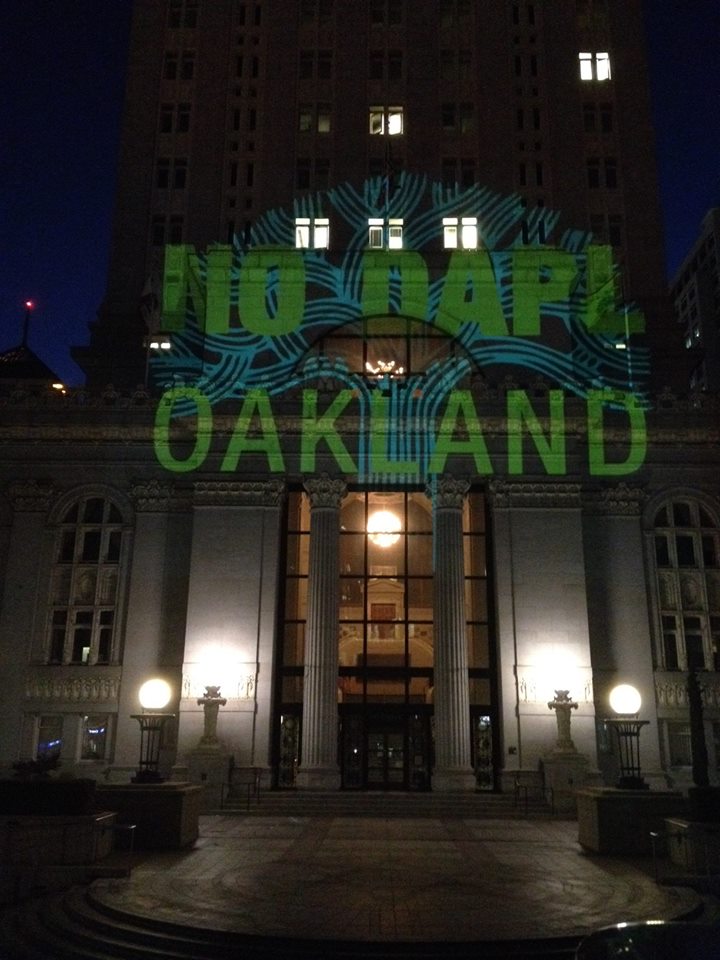 The #DefundDAPL campaign was born, taking lessons from past and ongoing social movements that have effectively used divestment campaigns to end Apartheid in South Africa, pressure Israel to end the occupation of Palestine, weaken the tobacco industry, shift university endowments out of fossil fuel companies, and more.

Since the call to divest earlier this year, grassroots campaigns have pushed nearly a dozen cities and tribes across the continent - from Seattle, Los Angeles, and Portland to the Mille Lacs Band of Ojibwe in Minnesota and the Nez Perce in Idaho  - to divest public money from financial institutions funding resource extraction, mass incarceration, and predatory banking practices. To date, roughly $5 billion of public money has been pledged for divestment from the financiers of DAPL, and another $83 million of personal funds have been shifted out of these banks (much of that into local credit unions and community banks).

Here in Huichin, (the Ohlone name for what is now Oakland and Northern Alameda County, California), a coalition of Native leaders, Oakland residents and workers, and community members impacted by nearby fossil fuel refineries recently succeeded in changing the City of Oakland’s banking policies. Banks that wish to contract with the City must now disclose any material support for companies 1) constructing or operating DAPL, 2) operating or profiting from private prisons or detention centers, or 3) otherwise contributing to violations of indigenous sovereignty. Read the full ordinance here. The new policy also requires depositories to address racial disparities in their local lending practices, acknowledging a history of discriminatory, predatory, fraudulent, or otherwise unequal lending practices in Oakland communities of color.

Key to success for many of these municipal divestment campaigns has been highlighting the interconnected nature of oppressions funded by a small number of large banks. It is largely the same institutions that are simultaneously profiting off fossil fuel pipelines, private prisons, fraudulent banking services, and home foreclosures - all activities that disproportionately harm communities of color, yet harm all “downstream” communities regardless of race. We all need clean water, clean air, and healthy soil to survive – even bankers.

Our coalition, Defenders of Mother Earth-Huichin, formed shortly after several of us returned from Standing Rock in November and December 2016. Energized by that experience and the early success of Seattle’s campaign to divest from Wells Fargo, our initial coalition quickly realized that we needed to slow down and build authentic relationships of trust and accountability between Native peoples and non-native people working together. After several meetings where we discussed what Native leadership should look like for us in the context of this divestment campaign, at least two things became clear to me: 1) this work was about divesting from far more than just a few corporations, but from an entire worldview and model of leadership rooted in domination; and 2) that our coalition needed to go slow to go far and cultivate patience in moments of perceived crisis.

The way we conducted coalition meetings, our approach to working with City Councilmembers, our understanding of how state power operates and how to build community power all shifted when we took time to slow down and ground ourselves in the understanding of Native peoples in the coalition. It is not just about changing particular laws (though there are thousands that need changing), but changing the very way that policy is made. At the Law Center, we have launched a new project to focus on just that: Transformative Policymakers. 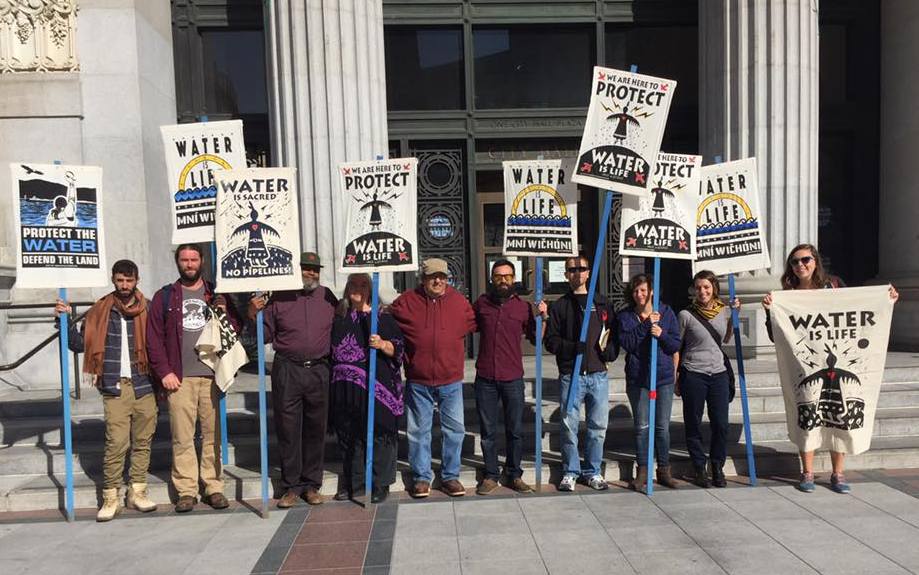 As more and more cities move to divest from financiers of DAPL and other pipelines, an uneasy conundrum still exists: nearly every financial institution large enough to provide the banking services needed to run a city are in some way invested in the extractive economy of pipelines and prisons.

This is an integral part of the story we need to be telling though: neither Wall Street nor the extractive economy of pipelines and prisons can exist without the other. From the very beginning, the entire system of international banking and finance has relied on extractive economies to drive profits. Thus, the Native-led #DefundDAPL movement is not just about disciplining one bank for funding one pipeline or one private prison - it is about reimagining the role of finance in an equitable, life-sustaining society and redirecting resources to the communities with a vision for creating that society.

So what could a finance system not reliant on the plunder of people and planet look like?

Frontline communities understand the challenges and threats better than anyone, and have developed cultures and ways of thinking that we all must learn from in the collective project of transitioning to a life-sustaining economy and society. As Patricia St. Onge, indigenous grandmother and co-leader of Idle No More SF Bay and Defenders of Mother Earth-Huichin, says: “Indigenous people are the antidotes to annihilation.”

On the Pine Ridge Reservation in South Dakota, one of the poorest communities in the country, the Lakota-led Thunder Valley Community Development Corporation is developing a completely sustainable community development model. On the Standing Rock Reservation, the Standing Rock Sioux are now working to build community-owned solar and wind farms, while the Native-led Native Renewables is working with the Navajo Nation to transition from coal to solar. Across the Southeast, the Southern Reparations Loan Fund is raising money divested from Wall Street to finance worker-owned businesses in communities healing the centuries-old legacy of slavery and Jim Crow. In Richmond, California – in the shadow of the Chevron Refinery, California’s single largest source of greenhouse gas emissions – Cooperation Richmond is similarly developing and financing worker cooperatives, like Rich City Rides, that enable community members to use their labor to heal rather than harm the community.

Ultimately, the fossil fuel and pipeline divestment movement must be about redistribution as well as resistance: redistribution of financial capital and the material resources needed to sustain life in an equitable economy, and of the political power and social platforms needed to elevate the voices, visions, and wisdom of frontline communities.