Own Our Food Coalition Stands for Community Ownership and Control of the Food System, Warns of Imminent Uberization of Food 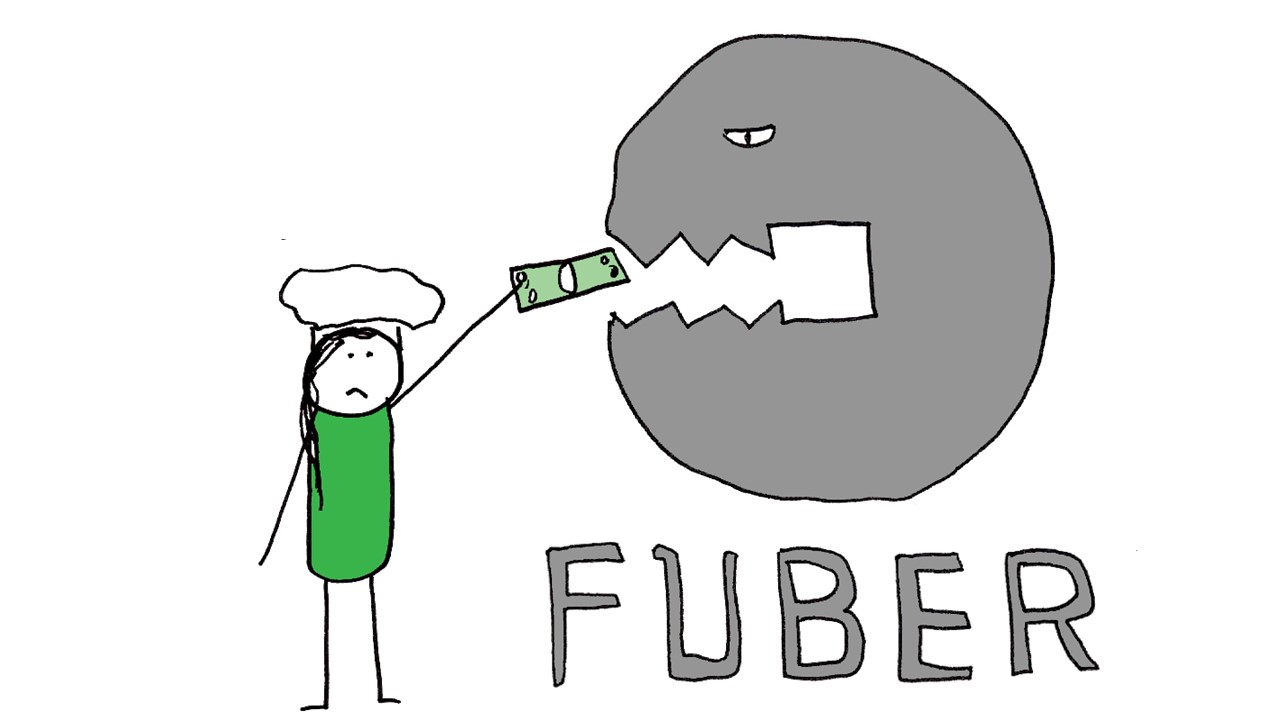 OAKLAND, CA (August 29, 2018) — Yesterday the California Senate passed AB 626, a bill designed to uberize California’s homemade food sector. The bill has been backed by gig economy tech companies including Airbnb, Josephine, and DishDivvy. A coalition of community based organizations in the food movement and small food enterprises lobbied against the bill, proposing an alternative policy for expanding opportunities for home cooks in California while protecting them from the exploitation of Big Tech.

Back in 2012, the Sustainable Economies Law Center teamed up with renegade home baker Mark Stambler, numerous urban and rural farmers, local retailers, and food movement leaders to pass the California Homemade Food Act, also known as California's "cottage food law." The law allows a limited volume of low-risk foods such as breads, tortillas, and jams to be sold from a home kitchen. These advocates were passionate about legalizing homemade food sales and providing increased opportunities for local food production, especially for aspiring entrepreneurs who don’t have the resources to access expensive commercial kitchens. Once it passed, thousands of permits to sell homemade food were issued in California, leading to numerous successful small-batch food companies. But the advocates always hoped that someday the Legislature would expand the list of allowed foods. "Creating opportunities for small, home-based food enterprises was a way to create economic opportunities for many people, including many women, immigrants, and small farmers," said Christina Oatfield, Policy Director of the Sustainable Economies Law Center. "It also was a strategy to localize our food system and chip away at the corporate control of the food system," she added. 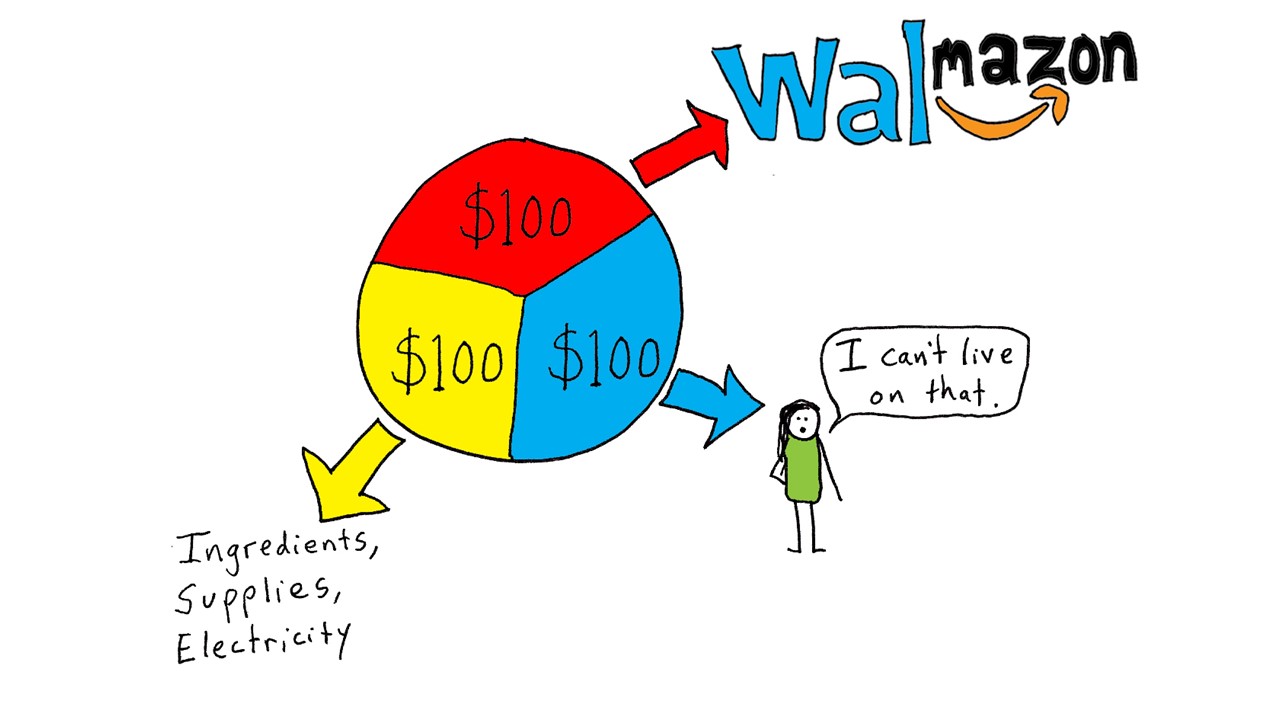 But last year, the Sustainable Economies Law Center decided to oppose the new homemade food bill pending in the California Legislature, AB 626, which seeks to expand the types of homemade foods allowed to be sold in California, especially hot meals. The bill was introduced at the behest of a for-profit, venture capital backed tech company whose app (illegally) sells homemade hot meals. That tech start-up, called Josephine, has since paused its operations due to regulatory crackdowns and dwindling financial resources, however, its former executive Matt Jorgensen continues to lead the efforts to pass AB 626. They have been joined by Airbnb, which now has an “Experiences” feature on its website touting guided tours, cooking classes, and possibly soon, homemade meals, that users can offer or purchase through the platform in addition to vacation rentals.

Thus, AB 626 was written primarily to benefit tech platform owners and their investors with little to no room at the negotiating table for home cooks. Stambler, the bread baker who was among the first to receive a cottage food permit in Los Angeles County after the 2012 Homemade Food Act went into effect, remarked, "It was never the intent of our group of community-based food activists to enable large corporations to dominate the market for homemade food."

The "gig economy" has infamously "disrupted" industries for the primary benefit of wealthy absentee shareholders, while exploiting workers by evading employment regulations and using psychological tricks to manipulate them. Food justice advocates and labor advocates predict harmful consequences for workers and for public safety in this newest would-be Silicon Valley disruption of our food system.

The homemade food sector is not the only part of the food system vulnerable to Uberization. Earlier this month, the food system think tank Food First published a blog titled “The Ugly Truth of Ugly Produce” in collaboration with Phat Beets Produce, the North Oakland-based food justice organization that runs a CSA box with produce from small local farms owned by farmers of color, among other programs. The blog describes how Phat Beets watched its customer based decline by about 30% after “startup with a glitzy marketing campaign and venture-capital funding” blanked the neighborhood and community centers with misleading marketing materials. Silicon Valley’s disruption of the CSA (produce box) market and its impacts on small local farms has been previously documented by the news media.

In response to AB 626, the Sustainable Economies Law Center and the Own Our Food Coalition presented a better homemade food policy proposal for California. The alternative proposal would expand opportunities for home cooks to operate lawful businesses, and include key provisions that would limit the powers of Big Tech in the food industry. Yes, the California Legislature should allow sales of a wide array of perishable homemade foods, including hot meals, with appropriate food safety regulations such as kitchen inspections and training for cooks. But, web apps used in selling homemade food online should not be owned by for-profit tech companies, but rather structured as cook-owned cooperatives, nonprofits, or local governments. This would be very similar to how California law restricts the types of organizations that run farmers' markets, to ensure that farmers' markets facilitate direct farmer-to-consumer sales. A detailed policy proposal is available at the Sustainable Economies Law Center’s website. However, these proposed amendments were not incorporated into AB 626 despite repeated lobbying efforts to support them.

Farmer and food justice activist Hank Herrera noted that he was inspired to participate in the coalition opposing AB 626 because of his observation of "the steamroller effect of private capital exploiting the cachet of technology to further exploit the labor of people who struggle to generate income."

A growing list of organizations, including the Oakland Food Policy Council, Planting Justice, the Ecology Center, the Sustainable Economies Law Center, the Center for Food Safety, Food and Water Watch, Slow Food East Bay, and numerous cottage food enterprises and other small food and farm enterprises have signed onto the Own Our Food Coalition’s open letter opposing the Uberization of our food system, and asking that any new homemade food law ensure community ownership and control of homemade food.

AB 626 is now in the Assembly for a final concurrence vote (the full Assembly already voted on the bill in January but a concurrence vote is required since the bill had many small amendments during its votes in the Senate). The bill is likely to pass its Assembly concurrence vote. If passed, it would next land on Governor Jerry Brown’s desk. Governor Brown would have until September 30 to sign or veto the bill.

The food movement in California is at a crossroads: Will homemade food be taken over by the likes of Uber and Amazon, or will it build on the success of community-driven institutions like farmers’ markets and community-owned cooperatives?

Letters can be written to Governor Brown and mailed to: