While billion dollar development companies eat up affordable housing units throughout the Bay Area, dedicated teams of organizers, nonprofit service providers, community development corporations, and others fight a relentless battle along side and on behalf of those at threat of displacement. Some are seeking to transform the current system of land ownership, removing profit incentives, and assuring that the land is used for the benefit of longtime community residents.

Community Land Trusts (CLTs) are nonprofit organizations that acquire land with the goal of creating permanently affordable housing. There are various regional CLTs whose purpose is to acquire land for low-income residents, and keep it out of the speculative market indefinitely. These CLTs would be able to do their job more effectively, however, if there were adequate funding sources and legal mechanisms to enable them to compete with private developers. As it is now, few private banks are willing to offer loans to housing cooperatives and other CLT projects. California law entitles nonprofits to intervene on tax-defaulted properties after five years of delinquency and before a private developer is given the opportunity to bid (CAL. REV. & TAX. CODE § 3791.4), but this law is rarely enforced. In a world where the poor, elderly, and disabled are being thrown to the streets without relocation fees because of loopholes in rent control laws (such as Costa Hawkins and the Golden Duplex Rule), CLTs must be adequately funded so that they can intervene when property becomes available.

In San Francisco, supportive legislation called the Small Sites Acquisition Fund was recently passed to help enable nonprofit developers to acquire properties before tenants are evicted through the Ellis Act. But the amount allocated by the fund per unit is still not enough to keep the property affordable to low-income tenants. Many CLTs are stuck waiting for land to be donated or sold to them below market rate in order to accomplish their mission. 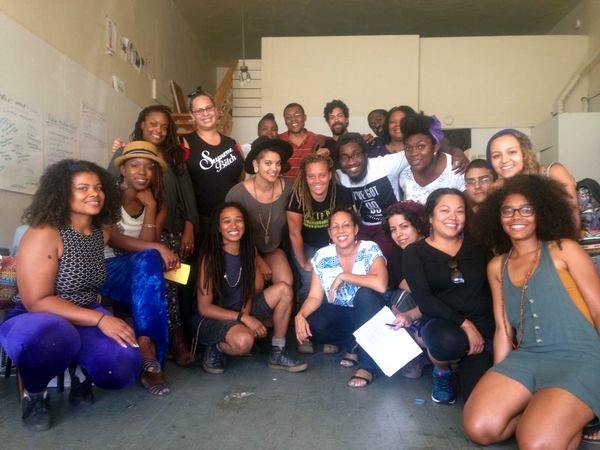 Other housing models in the Bay have also challenged the status quo of property ownership. The Sustainable Economies Law Center and the People of Color Sustainable Housing Network have teamed up to create the East Bay Permanent Real Estate Cooperative (EBPREC), which combines features of CLTs, limited equity housing cooperatives, and self-organizing social movements. In addition to residents, members of EBPREC will include neighbors who want to support the initiative by investing what they are able (up to $1000) to empower the community to take ownership of their neighborhoods. Although this model has a broad base of support in its incipient phase, start-up funding is still necessary to acquire land and begin its first project.

Many private banks and lending institutions hesitate to fund projects that benefit local communities because they determine that it is too risky, or not profitable enough. The federal statute, the Community Reinvestment Act (CRA), was supposed to require banks to address the needs of low and moderate income communities where they do business. The CRA is currently under attack by the Trump Administration, and even without changes in the law, there is still inadequate oversight to require banks to live up to this standard. At least 97% of banks receive outstanding or satisfactory ratings under CRA standards, despite evidence that many have engaged in discriminatory practices, including but not limited to the predatory lending that took place during the 2008 foreclosure crisis. There are examples of banks doing the right thing, however. For example, OneUnited Bank in Boston created a loan fund specifically for Community Land Trusts. More banks must follow their example to invest in the communities and projects that need capital the most.

Instead of waiting for more banks to do the right thing though, we must take matters of capital investment into our own hands. Public banks have been proposed in the cities of Oakland and San Francisco. We must demand not only that they are created, and that these banking institutions refrain from investing in pipelines, prisons, and other destructive institutions, but also that these banks invest in enterprises and organizations that benefit the community directly, and that they be governed by the community, with adequate oversight that they stay true to their mission. (See this essay by the Defenders of Mother Earth - Huichin coalition for a discussion of how to create accountability over public banks.) The creation of permanently affordable and community controlled housing, the kind created by CLTs and the PREC model, must be prioritized and funded to benefit local residents at risk of being displaced.

Here are a number of ways you can get involved: