Coming at a moment of profound political and social crisis, "What Is Democracy?" reflects on a word we too often take for granted. Sponsored by the Sustainable Economies Law Center, join Director Astra Taylor, Philosopher Wendy Brown, Indian poet, author, and activist Anasuya Sengupta, and East Bay Permanent Real Estate Cooperative's Noni Session Wednesday, March 6th at Grand Lake Theater in Oakland for a screening and discussion. You don't want to miss this! ONE NIGHT ONLY! Space is limited!

Director Astra Taylor's (Zizek!, Examined Life) idiosyncratic, philosophical journey spans millennia and continents: from ancient Athens’ groundbreaking experiment in self-government to capitalism’s roots in medieval Italy; from modern-day Greece grappling with financial collapse and a mounting refugee crisis to the United States reckoning with its racist past and the growing gap between rich and poor.

Featuring a diverse cast—including celebrated theorists Angela Davis and Cornel West, trauma surgeons, activists, factory workers, asylum seekers, and former prime ministers—this urgent film connects the past and the present, the emotional and the intellectual, the personal and the political, in order to provoke and inspire. If we want to live in democracy, we must first ask what the word even means. Click here to get your tickets! 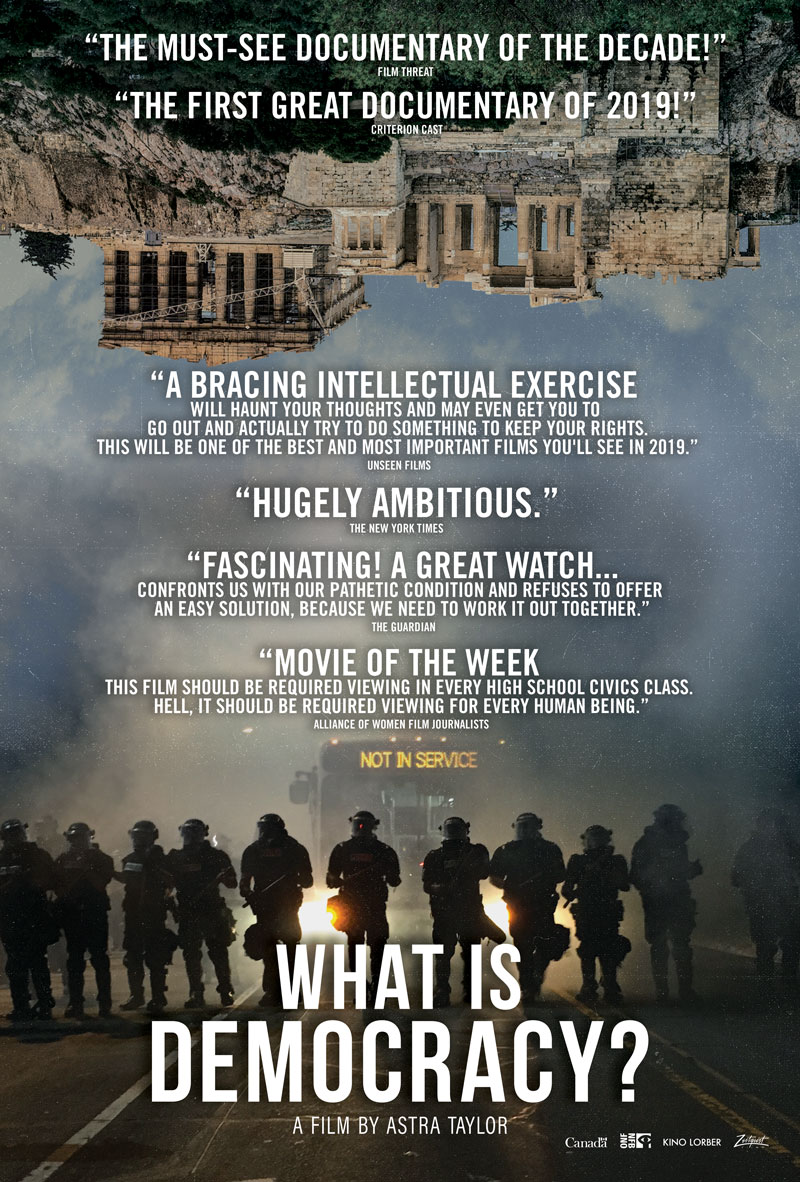