We are in Solidarity with the Movement for Black Lives 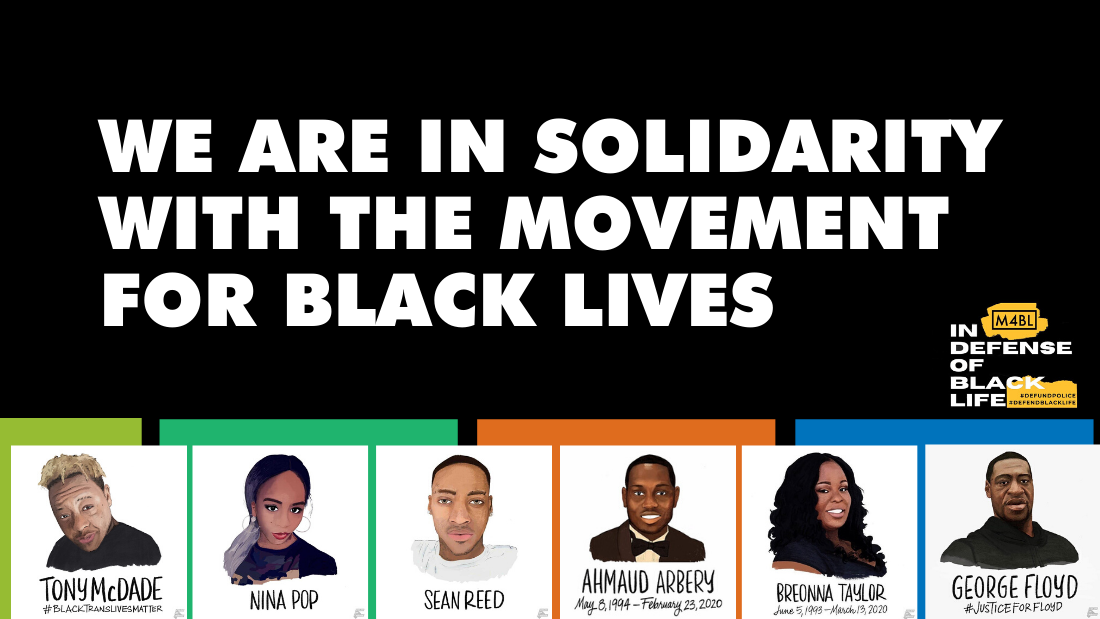 We want to recognize the outrage and grief of this moment. It is justified. We feel it, too. Though we can’t find the perfect words to share at this moment, our hearts are heavy as we witness the terror of white supremacy and state violence that has characterized our nation from its founding to this very day. Our condolences go out to the loved ones of George Floyd, Ahmaud Arbery, Sean Reed, Tony McDade, Nina Pop, Breonna Taylor, and the many other Black and brown lives that have been taken by police, hate groups, and individuals in this country, with little to no accountability, no justice, and no systemic change.

We are proud of the people who are taking to the streets in the midst of a pandemic to demonstrate that we will not stand for this any longer. We believe that at the heart of these protests is an unwillingness to accept a system that treats Black and Brown people as disposable. We are with our communities who are rising up, speaking out, and committed to building a better future. Our vision and our commitment to building more just and resilient economic systems has not changed; it has been reaffirmed. Together, we can and must build systems that are rooted in equity, reparations, democracy, and love.

If you are looking for a space to put your energy, time, or resources, here are a few options: