Two years ago, amidst the growing housing and homelessness crisis and a lack of visionary leadership in Oakland City Hall, Noni Session decided to take action.

“One of the realizations that came out of our canvassing work was that we need a cooperative economy. We need to govern ourselves because we cannot depend on our leaders right now,” Noni says.

A third generation West Oaklander, Noni launched a grassroots campaign for City Council, running on a platform to end the housing crisis, hold police accountable, and expand economic opportunity. Though she wasn’t elected to City Council, she garnered 43% of the vote in her first ever campaign for public office.

Noni is now one of the lead organizers for the East Bay Permanent Real Estate Cooperative (EBPREC), a new model of permanently affordable housing first developed by Sustainable Economies Law Center and the POC Sustainable Housing Network. By taking land off the speculative market, EBPREC is permanently preserving affordable housing and commercial space while sourcing capital directly from neighbors.

Using recent changes in state law advocated for by the Law Center (the California Worker Cooperative Act), EBPREC will launch its Founding Members campaign by selling memberships in the cooperative to neighbors and community members, thereby creating opportunities for everyone to invest directly in their local community and developing a truly community-owned response to displacement. 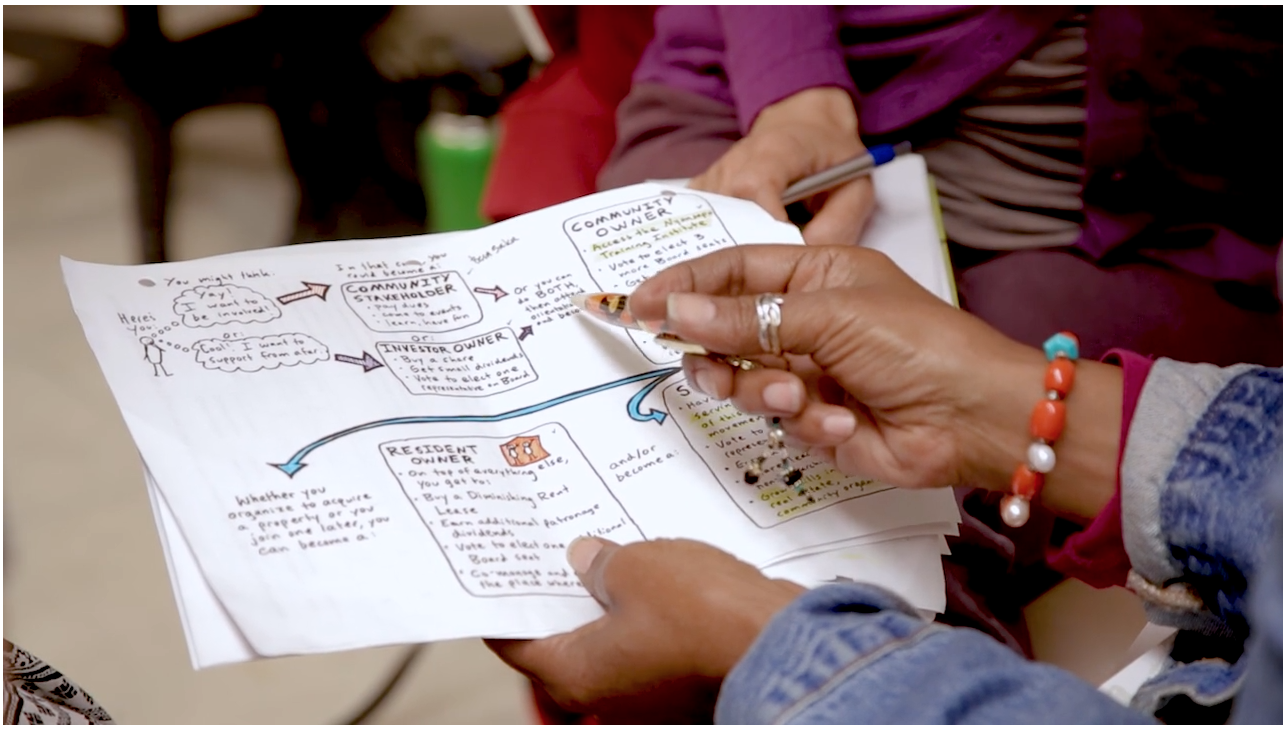 Participants brainstorm at an EBPREC community design session at the SELC offices.

EBPREC was recently awarded one of the first $100,000 loans ever given by the Force For Good Fund, a new project that “invests in women and people of color-owned ‘Best for the World’” companies. To top it off, the Law Center was just awarded the Co-op Innovation Award by Capital Impact Partners for our collaborative work developing the permanent real estate cooperative model!

Will you join the Law Center in developing and supporting organizations that leverage people power to invest in community-owned, permanently affordable housing?