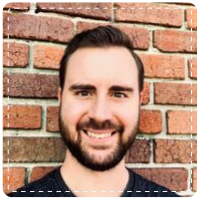 Jay believes political theory, social movement theory, and an international perspective must inform his work supporting housing cooperative conversions and worker cooperative conversions. These conversions are, after all, political exercises happening in social spaces around the globe. Learning about Cooperation Jackson in Jackson, Mississippi somewhat immediately propelled Jay into this work. He believes there’s a thick relationship between that introduction to cooperative economics and politics and the way he approaches his present work. Jay’s approach finds less excitement in creating things from scratch than in making existing things different. In a world without unoccupied political space, he believes it is not only exciting but also necessary to learn to travel through what exists to arrive at our imagined futures.

Jay received a B.A. with a double major in Philosophy and Religion from Samford University in Birmingham, Alabama and a J.D. with a Social Justice and Public Interest Concentration from the University of California, Berkeley, School of Law. He misses intermittent and unexpected Mississippi thunderstorms but has grown to love the ever-steady cycle of fog and sun in the Bay. He loves working with his hands (typing doesn’t count). He comes by that honestly. His dad insisted he be equally good at stringing barbed-wire fences and at stringing together words. Hopefully that combination helps Jay play a role in creating a world, as the Zapatista’s say, in which many worlds exist.