The Oakland Worker Cooperative Incentives for Growth Ordinance hearings have been delayed by a few weeks. That means that we are no longer rallying at City Hall on September 27th or October 4th. The decision to delay was made by our ordinance's sponsors, Councilmembers Annie Campbell Washington (Distrcit 4) and Dan Kalb (District 1) because they felt they needed more time to finalize the language.

Don't despair! The ordinance is still going to make it to City Council, and we will let you know when the new set of dates are announced for the Community & Economic Development committee and full Oakland City Council votes. Once we know, you'll know!

Please look out for our announcement of the new dates and times! We need all of our allies to come out and support the Oakland Worker Cooperative Incentives for Growth Ordinance -- a landmark policy for economic democracy in Bay!

RSVP BELOW TO BE UPDATED ON THE ORDINANCE

In order for the ordinance to be adopted, the ordinance will first be heard by City Council's Community & Economic Development Committee and then the ordinance will move to a the full City Council for a final vote. We need your bodies and voices in the room to demonstrate that Oakland supports this policy! RSVP below and you'll receive more info on how you can make your voice heard!

Once this ordinance is adopted, Oakland will be the first city in the US to adopt this type of support for worker cooperatives, becoming a national leader in the movement for cooperative economies. Show Oakland City Council that our communities demand economic development that empowers residents and creates resilient communities! Help Oakland build on the momentum that is sweeping the country as New York, NY, Austin, TX, Minneapolis, MN, Rochester, NY, Berkeley, CA and other city governments prioritize the development of inclusive, just, and cooperative economies!

We've done it before! Let's do it again! 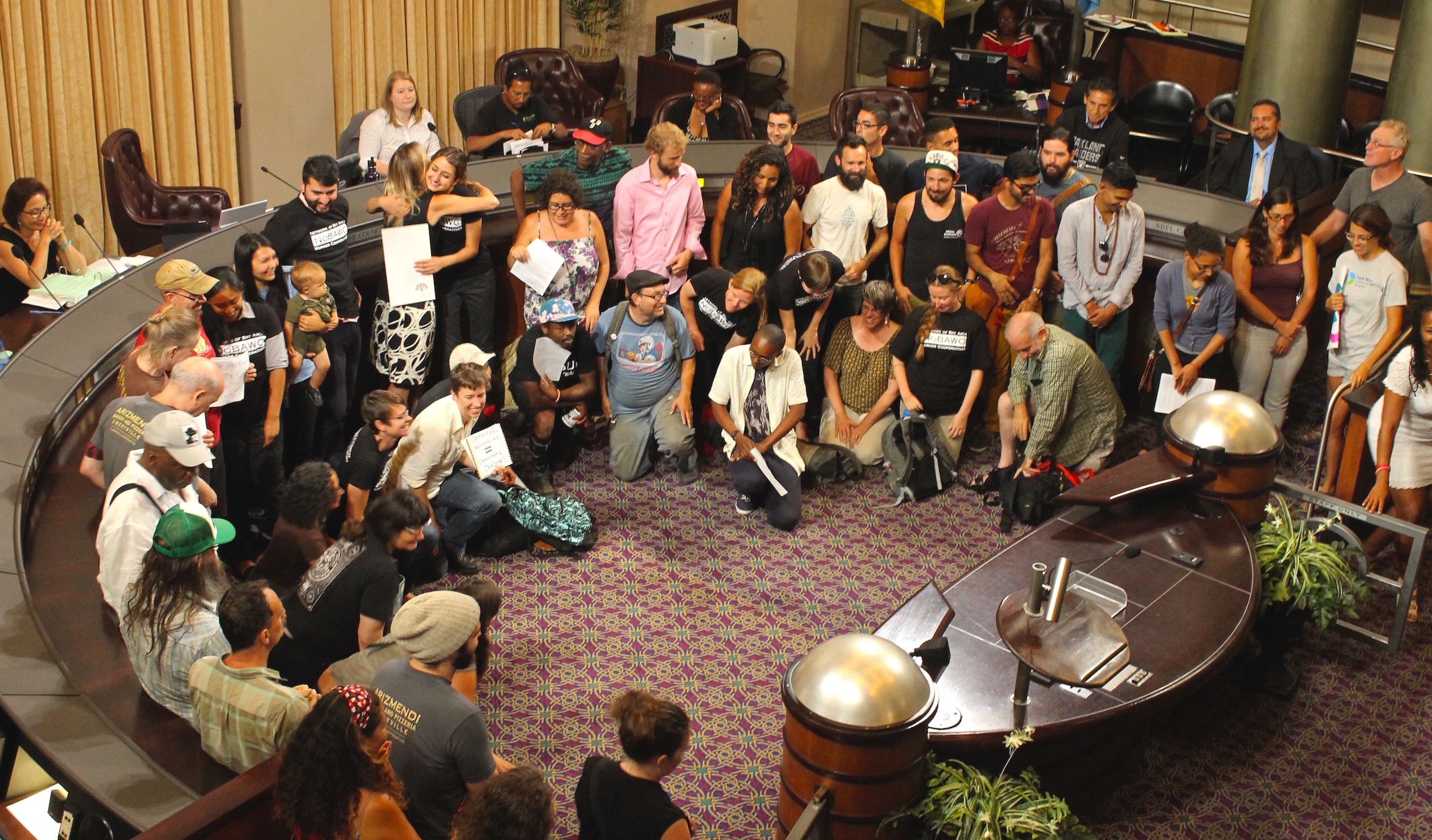 PLEASE DISREGARD THE TIMING BELOW. THAT IS JUST A PLACE HOLDER. WE WILL EMAIL YOU WHEN WE HAVE UPDATES ON THE NEW DATES AND TIMES.