Expanding the vision for a new economy: Filipino Americans and the cooperative movement 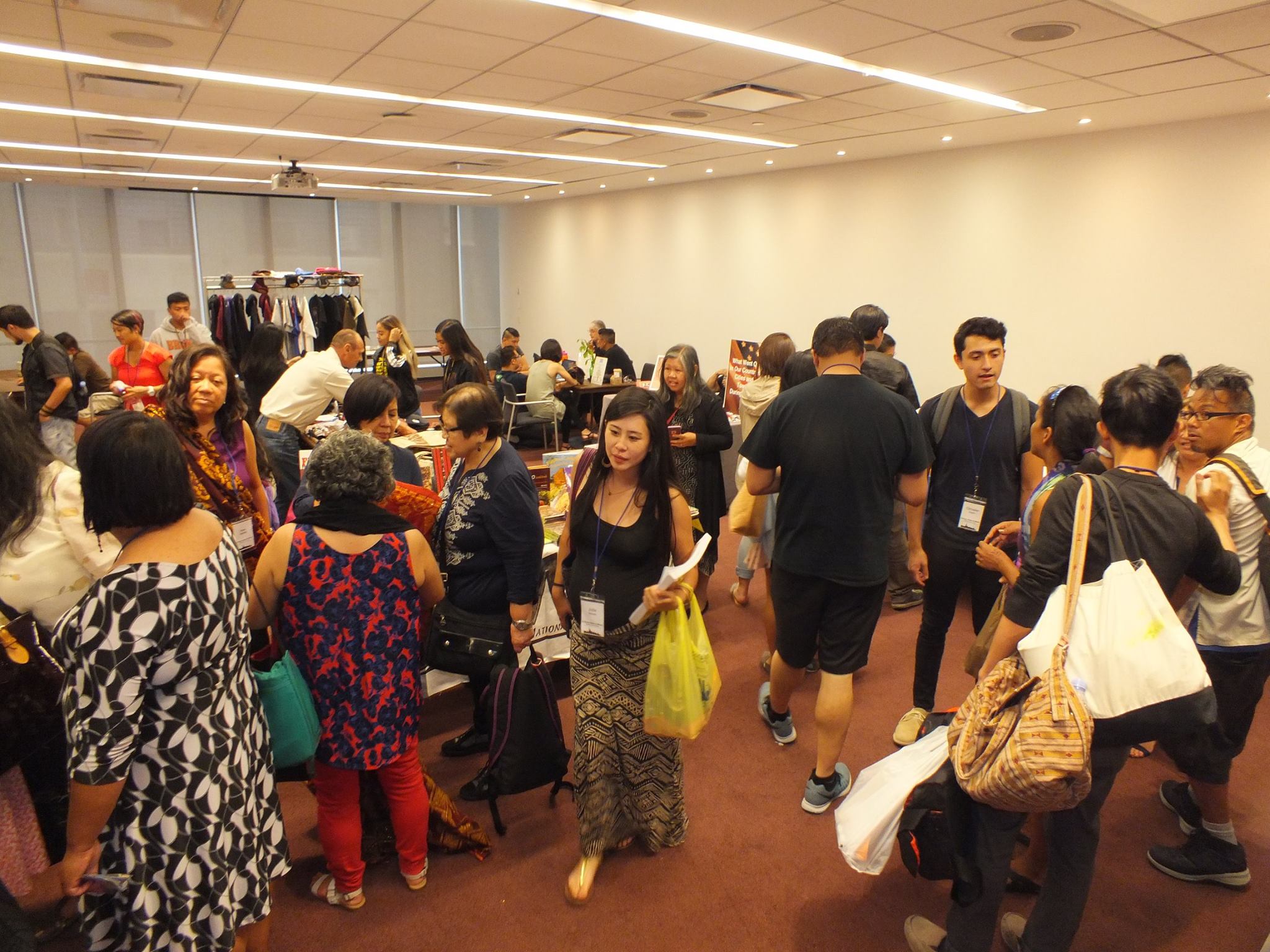 Recently, while attending the Filipino American National Historical Society’s national conference in New York City, I wondered if Filipinos have a similar history. The roots of resistance in the Filipino American community run deep — from Filipino farmworkers in California organizing for labor rights with the United Farmworkers, to activists fighting the globalizing forces of US imperialism, to communities working to preserve historic Filipino districts in citiesacross the country.

What part are Filipino American communities playing in the cooperative movement, I wondered? How are we building alternatives to traditional economic models that have dispossessed and disinvested in communities of color?

To answer this question I turned to my motherland. The Philippines has a strong history of cooperativism, pre-dating colonization. Examples of pre-colonial shared labor arrangements in the Philippines are well-documented: bayanihan, an entire town working together to build or move a house, or ubbu, collective rice harvesting for labor-exchange, still practiced in the Ifugao province today [1], and numerous other systems for collective management of natural resources like forests and fisheries. 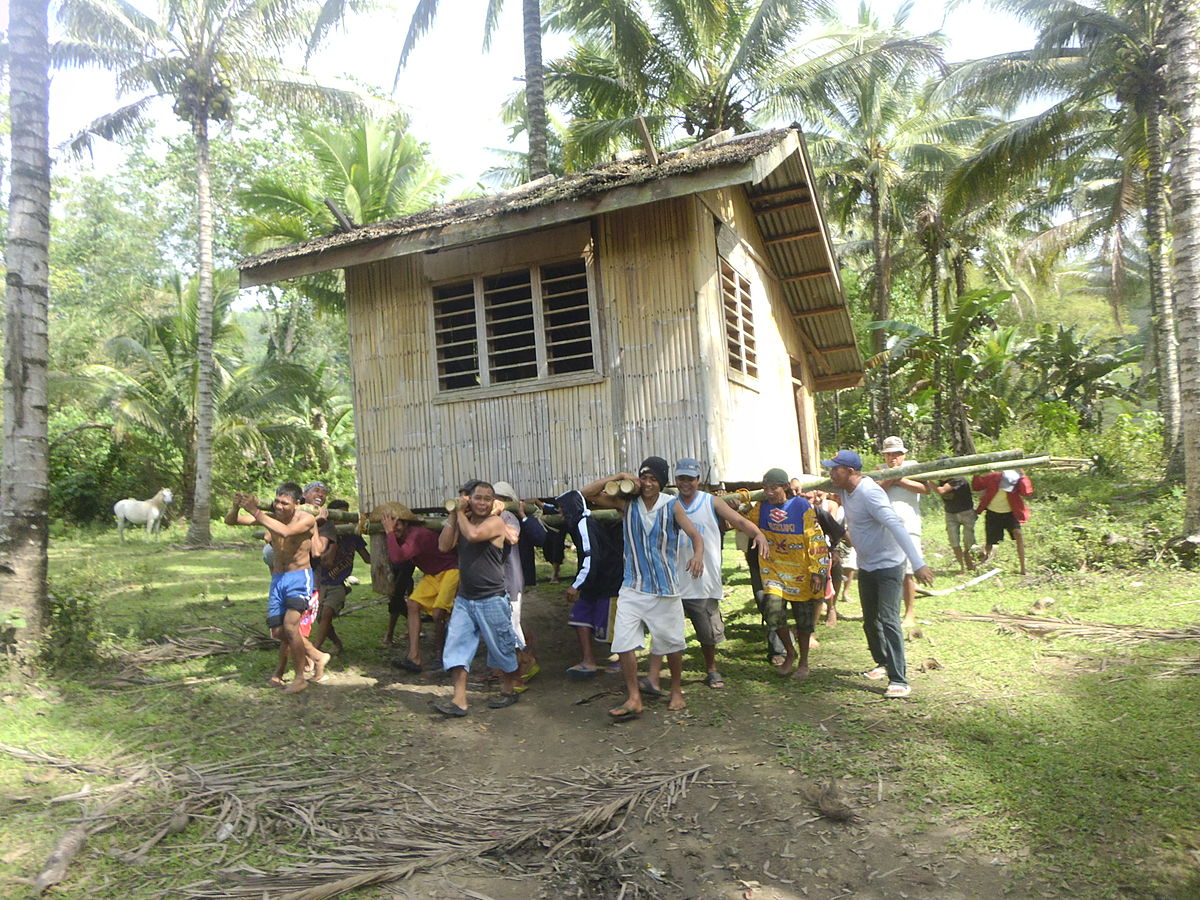 Despite this rich tradition in cooperative and collective economies, Filipino Americans are seemingly absent in the cooperative and new economies movement in the United States. In the rich offerings at the FANHS conference, there were no cooperative enterprises highlighted, nor did I hear a single utterance of the phrase “new economies.”

This lacuna may be a reflection of the limited engagement of Filipino Americans in the new economy movement. This may be because Filipinos engaged in struggles for workers’ rights have traditionally worked through labor unions to achieve these rights. Or this may be due to historic displacement from our own cooperative traditions.

Much like Nembhard writes of the collective consciousness of black cooperatives in the United States, there may be a gap in awareness of the collective history of Filipino-driven modes of democratic economic systems. How is it that Filipino Americans and other Filipinos in the diaspora seem to be divorced from our own legacies of cooperative values and commons-based systems?

Nembhard says that the history of black cooperatives may not be well known because the work of black communities developing self-supporting democratic economies was dangerous. To disrupt the white economic structure was dangerous work and could lead to death.

Filipino American history is written in waves of migration. For many Filipinos who migrated to the United States seeking economic opportunity, the traditional economic structures that accumulated capital in the hands of owners and landlords was the system into which they had to assimilate, at the risk of racial violence, as occurred during several anti-Filipino race riots in California beginning in 1929.

This is not to deny the strong tradition of economic justice and worker rights activism of Filipinos in the United States. Filipino American advocacy for social and economic justice has taken many forms and succeeded in achieving valuable change across immigration, workers’ rights, rights for Filipino veterans, and other causes. Filipino farmworkers in the Central Valley of California, for example, initiated the Delano grape strikes that later drew in the National Farmworkers Association (now the United Farmworkers) and resulted in better pay and protections for grape farmworkers in California. 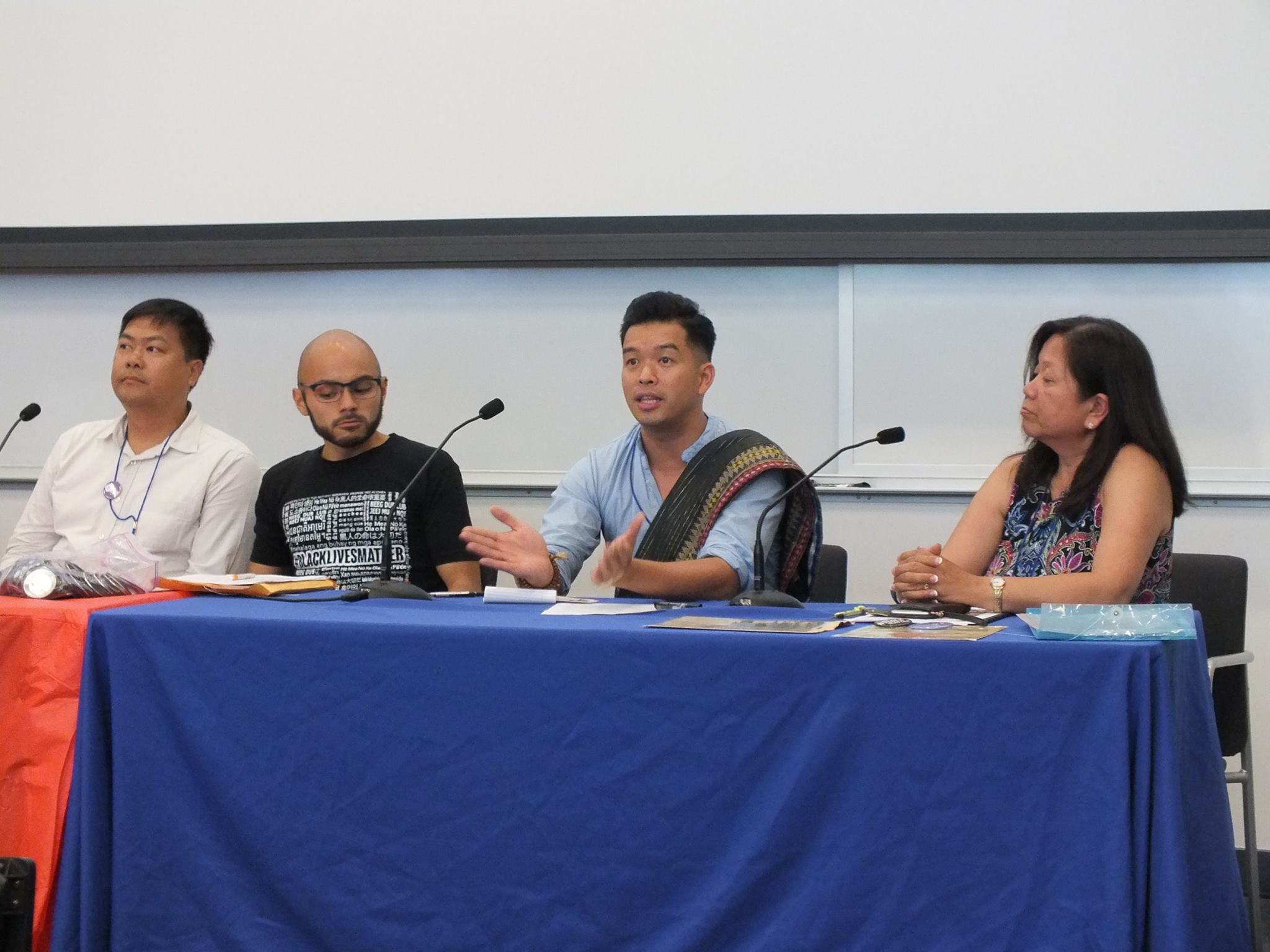 [Panelists speak on social justice activism in Filipino-American communities at the FANHS conference.]

Our histories of cooperative values have been made invisible by forces of colonization and assimilation. The questions we are faced with in economic systems that continue to dispossess substantial swaths of communities of color are: what kind of economies do we want for our communities? How can we imagine ways of relating with one another in production and exchange that are democratic, empowering, and also aligned with our cultural values?

In the face of the today’s structural economic inequalities, there is an opportunity for Filipinos in the United States along with other communities of color to draw from deep traditions of cooperativism from our mother cultures and apply them in rethinking the economic structures we are a part of and the ways we invest resources in our communities.

At the FANHS conference, community members from across the United States spoke about the role of cultural education, social justice activism, and historic preservation in building community power. These conversations need to be integrated with the development of policy and economic structures to support a different mode of economic relations and distribution of resources. These things are not separate. In the Bay Area, cooperatives like Mandela Cooperative Market and Phat Beets Produce are actively engaged in collective enterprise to build the economic power of communities of color. Civil rights and social justice are deeply connected to economic justice and democracy.

Some are beginning to navigate this shore, and in my next blog post I will showcase Sama-Sama, a cooperative summer camp here in Oakland bridging Filipino cultural education, language, and history for young people while incorporating collective management by the parents involved. Stay tuned!

[2] Statistics as of December 31, 2014. Republic of the Philippines Cooperative Development Authority.

Enjoy this post? Sign up for SELC's monthly newsletter to receive more insights, news, and updates from the Sustainable Economies Law Center!