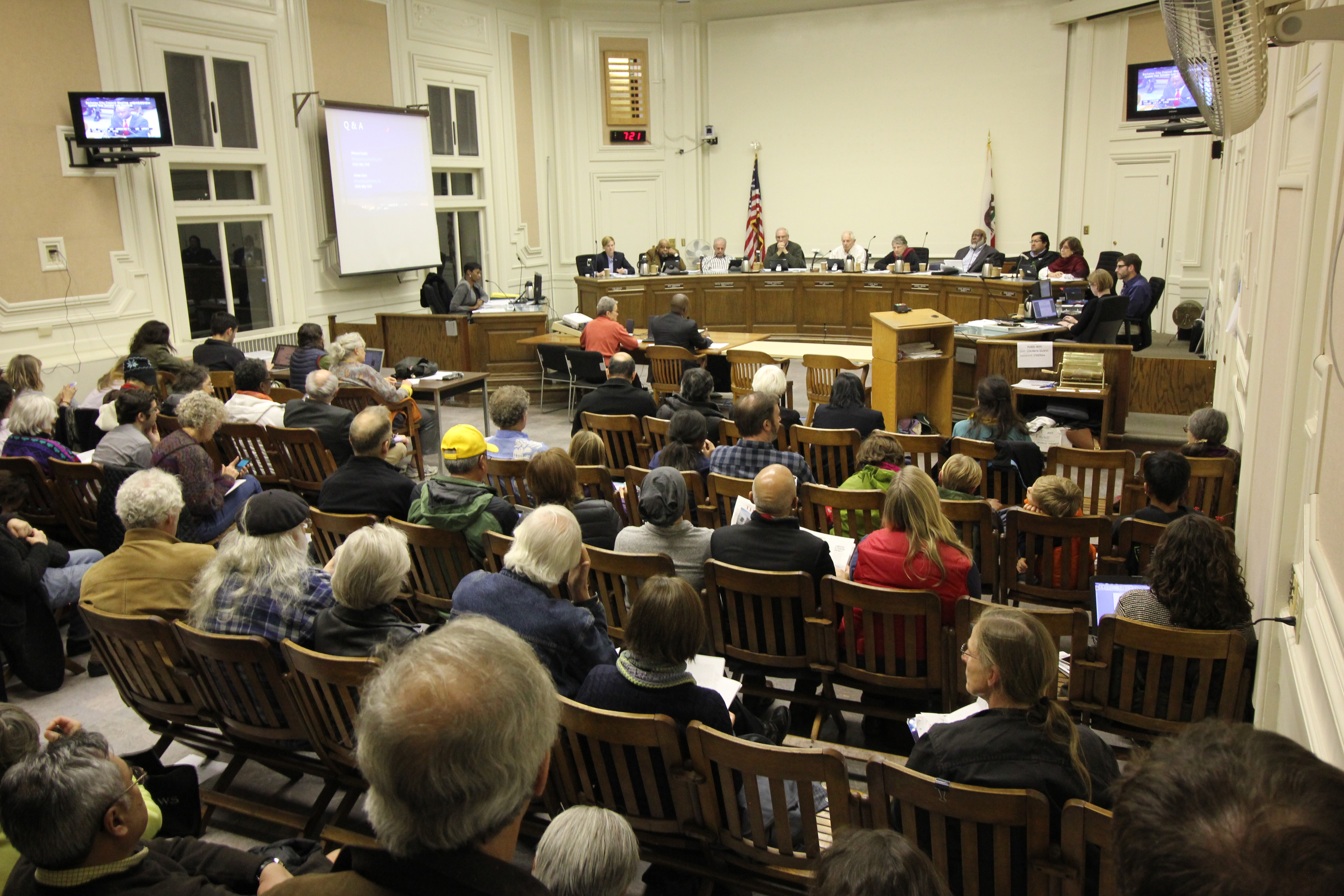 Arreguín hopes to broaden support in the East Bay for the development of cooperative businesses owned and controlled by workers. Last September, the Oakland City Council passed a resolution similar to Arreguín’s, and in 2012, the City of Richmond funded a pilot project to test development strategies for worker-owned enterprises.

The Berkeley City Council should sustain this momentum by passing Arreguín’s worker cooperative resolution. At a time when income inequality in our region remains severe – the third worst in the nation according to a Brookings Institution study released last month – council members should embrace worker cooperatives for the economic benefits they promise for all segments of the population.

By design, worker cooperatives, whose members are both workers and owners, offer secure and sustainable jobs. Members take ownership by purchasing stock in their business and maintain control by voting on critical business decisions. Worker cooperatives, therefore, balance an interest in the financial success of their shared enterprise with an interest in maintaining good and dignified working conditions.

This arrangement protects worker-owners from insecure, low-wage jobs, which predominate in our nation’s expanding service economy. Cooperatives experience lower employee turnover and tend to provide better compensation than conventional companies in the same industries. For example, The Cheese Board Collective, a pizzeria and bakery in Berkeley, pays well above the minimum wage and gives worker owners full medical and dental benefits, along with paid time off and sick leave. In contrast, the median hourly wage for food preparation and serving related occupations in the Bay Area was $10.67 in May 2014 (when California’s minimum wage was $9 an hour) according to the most recent publicly available data from the Bureau of Labor Statistics.

Worker cooperatives, furthermore, give members the opportunity to build wealth through joint business ownership. Because these enterprises generally distribute profits according to labor input rather than stock ownership, this opportunity does not depend on one’s access to capital. By increasing the spending power of worker-owners, cooperative businesses inject more wealth into the local economy, rather than the pockets of distant shareholders. 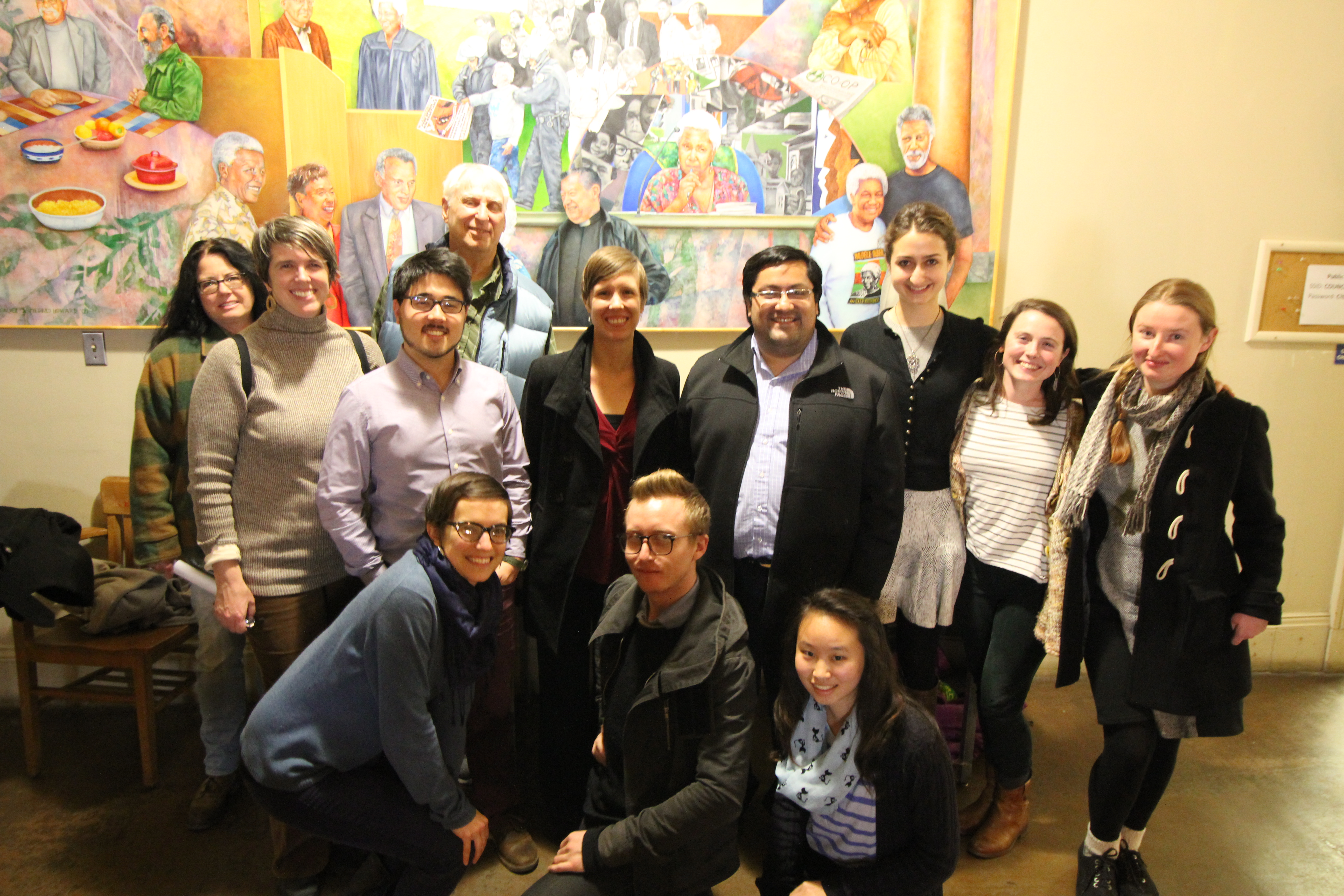 Across the country, worker cooperatives have garnered attention as tools for achieving broad-based prosperity. In recent years, city leaders in New York City, Austin, and Madison have allocated funds to foster cooperative development. In Cleveland, a working group of local institutions, including the Cleveland Foundation and Case Western Reserve University, has supported cooperative development, primarily in low-income neighborhoods, by leveraging the buying power of large private and public placed-based institutions.

As more baby-boomer business owners near retirement, the worker cooperative structure could grow in appeal. Owning 66% of all U.S. businesses with employees, baby boomers could keep locally-owned enterprises anchored in the community by transitioning to the cooperative structure and passing ownership on to employees.

Indeed, Berkeley already has a relatively high concentration of cooperative businesses, with ten operating in a range of sectors. They include The Cheese Board Collective, Biofuel Oasis, Heartwood Custom Woodworking, and Missing Link Bicycle Cooperative. Next door to Berkeley, Oakland boasts 13 cooperatives in multiple sectors, including renewable energy, graphic and web design, retail baking, and grocery retail.

By adopting policies to facilitate further cooperative development, the Berkeley City Council would enhance the Bay Area’s distinction as a hub for sustainable worker-owned enterprises. More importantly, the city woud help normalize the cooperative business structure. Although this model gained formal legitimacy last August when Governor Jerry Brown signed legislation allowing businesses to organize specifically as worker cooperatives (rather than as limited liability companies, consumer cooperatives, or other entity types), it still faces a unique set of barriers largely due to widespread lack of familiarity with it.

Arreguín’s resolution proposes developing educational materials to help both startup businesses and successful companies learn more about the cooperative structure. City staff, too, could provide technical assistance as they improve their understanding. Furthermore, Berkeley could tap the expertise of a strong network of seven cooperative developers and technical assistance providers in neighboring Oakland, such as the Sustainable Economies Law Center, U.S. Federation of Worker Cooperatives, and Project Equity.

Preference for worker cooperatives in city contracting and procurement would link them to reliable markets and revenue streams and foster their growth. Cooperatives generally are not financed by external equity capital but rely on loans. By expressing a clear preference to do business with cooperatives, the city could allay banks’ reservations about offering loans to unfamiliar entity forms.

The environment in Berkeley is encouraging. By passing the worker cooperative resolution at their meeting Tuesday night, council members would harness the momentum of cooperatives, advocacy groups, and local governments already forging a path for cooperative economics in the Bay Area. Considering fundamental differences between the cooperative business and the conventional company, the resolution could help spark systemic change in the local marketplace. In this age of entrenched wealth and income inequality, Berkeley should test this potential by actively facilitating the development of worker cooperatives.

An-Li is a student at Stanford Law School, and a volunteer for Sustainable Economies Law Center.

This op-ed was originally published here, in Berkeleyside.