As the popularity of urban agriculture and community gardens rises around the US, the need to acknowledge, define, and allow them in city ordinances has become apparent. Many other cities in California have passed very permissible urban agriculture ordinances within the last decade, however, people are often surprised to learn that Berkeley has ha 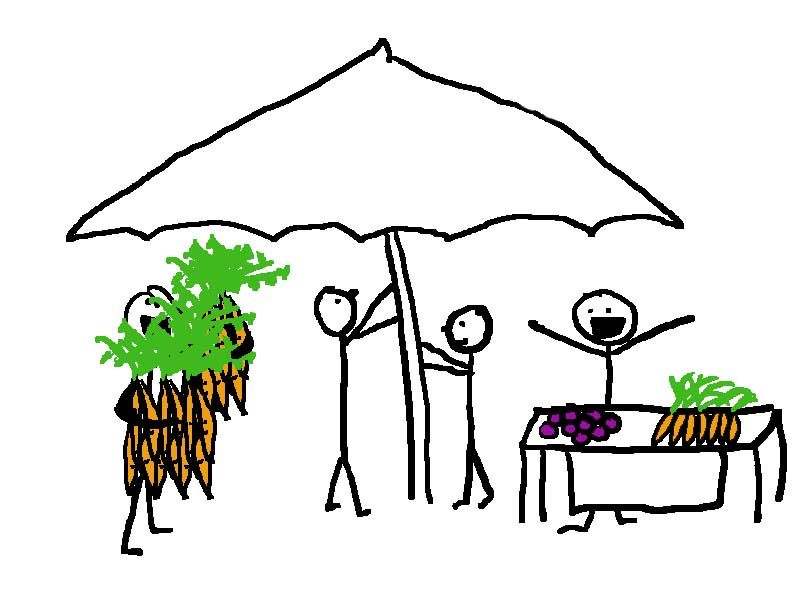 d only a very limited gardening ordinance that applied only in residential areas until now.

This month, the Berkeley City Council has been taking the final steps in adopting a new and much more comprehensive urban agriculture ordinance, introduced by Berkeley Mayor Jesse Arreguin, to establish urban agriculture as an allowed use in most parts of Berkeley, including commercial zones. The ordinance defines key language such as Urban Agriculture, Urban Agricultural Products, and Operation Standards in order to make sure that permitted practice is used ethically and legally. The ordinance specifically prevents the growing and production of Cannabis on land designated for urban agriculture.

The ordinance allows for sales of value-added products, such as jams, bread, and flower bouquets, in addition to fresh produce. The Sustainable Economies Law Center helped draft this valuable aspect of the ordinance and supports enabling more sources of revenue for urban farms and community gardens.

The ordinance also sets up a two tiered permitting system based on parcel size, lot coverage, hours of operation, group classes, and pesticide use. Low-Intensity Urban Agriculture will only require a zoning certificate, which is a simple certificate one gets from the city planning department to confirm that a particular use conforms to the zoning code. Meanwhile, High-Intensity Urban Agriculture will require an administrative use permit, which entails a process where there is an opportunity for public comment on the proposed land use and where city staff issue a permit if they determine that the proposed use will not have detrimental impacts on the surrounding neighborhood. High-Intensity Urban Agriculture entails use of a lot greater than 7,500 sq ft (which is the average vacant lot size in Berkeley), greater than 20% of the lot covered by an accessory structure (e.g., a tool shed), hours of operation that exceed 8am to 8pm, or group classes in excess of three times per week with 20 participants at a time. Urban agriculture uses that do not exceed any of those thresholds are considered Low-Intensity Urban Agriculture.

Both a zoning certificate and administrative use permit are relatively inexpensive compared to the types of permits that were previously required for urban agriculture in many parts of Berkeley.

We at the Sustainable Economies Law Center were among many community-based organizations in Berkeley, including the Berkeley Community Garden Collaborative, the Ecology Center, the Berkeley Climate Action Coalition, and Councilmember Sophie Hahn, working to craft the ordinance language and advocate for it before the Planning Commission and City Council.

Like what you read here? Sign up for our newsletter here to get news updates from us in your inbox.