Cities across the nation are embracing cooperative development as a tool to create resilient economies rooted in local communities. New York City Council recently invested $2.1 million dollars in worker cooperative development! Here in Oakland, we’ve been working with City Council Member Campbell Washington to bring a “Resolution Supporting the Development of Worker Cooperatives in Oakland!” On September 8th, join us at City Hall to tell Oakland City Council to vote in favor of a resolution that builds momentum toward funding economic development that doesn’t displace our communities! RSVP here!

SELC has been providing legal and advocacy support to protect seed libraries nationally. On July 21st, the Oakland City Council unanimously passed a resolution in support of seed sharing and seed libraries, becoming the first city in California to officially support seed libraries. We applaud the City of Oakland for its leadership and foresight in supporting public and democratic access to seeds. Read the resolution by clicking here, and consider asking your own city to adopt such a resolution! 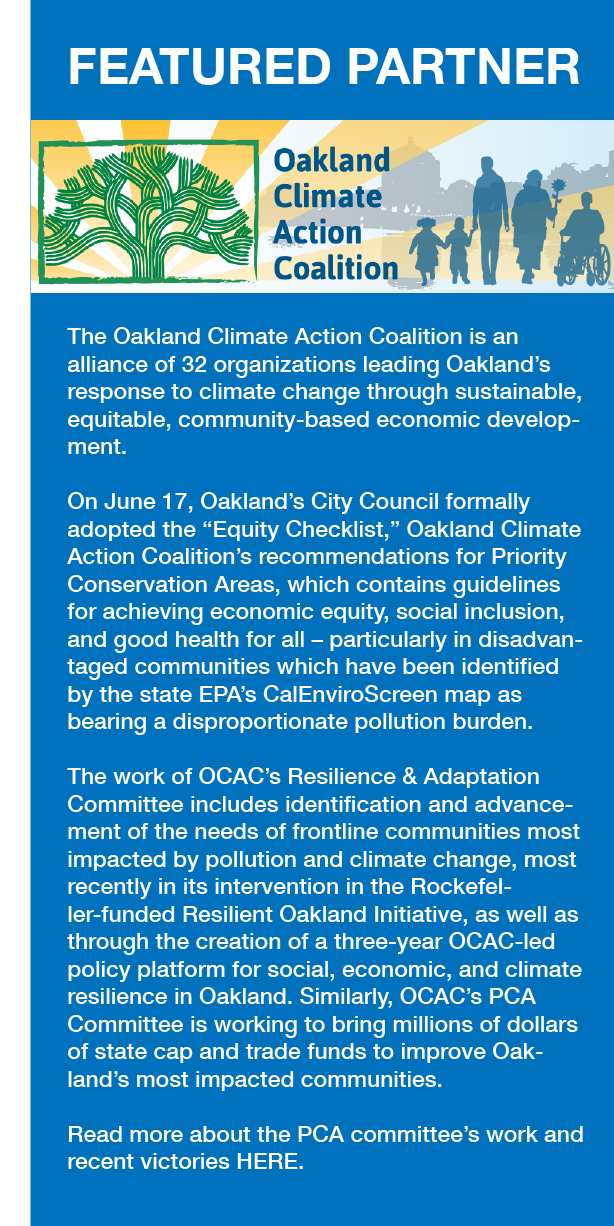 Community-Driven Responses to Displacement in Oakland

One of the biggest challenges facing Oakland and many other cities is how to promote development that doesn’t displace existing low-income community members. Generations of discriminatory housing policies, income inequality, and targeted disinvestment have left many communities of color particularly vulnerable to displacement during times of renewed economic development. SELC has been a core member of the Economic Development Without Displacement (EDWD) Coalition – a multi-racial, multi-organizational coalition that promotes community-driven development strategies to uplift those most vulnerable to displacement. On July 18th in North Oakland, the EDWD Coalition convened a community forum to begin creating a shared vision for community-owned development along the San Pablo Corridor. Several working groups created at the Forum will continue developing a long-term strategy for equitable development over the coming months. Read more on the Coalition’s Facebook page.

Oakland had one of the oldest mobile food programs in the country, with a pilot program for pushcarts dating back to 2001. However, progress has been limited since then (there were a couple food “pods” for food trucks introduced in 2011), and the community has been calling for a more comprehensive mobile food program. The City of Oakland is finally responding, and the Planning Department is spearheading an effort to give Oakland a comprehensive plan for food vending, including food trucks, food carts, pop-up tents, and food pods. Read more about it and our summer Berkeley Food Institute Fellow’s research on food bikes here.

SELC's Annual Fall Celebration - NOVEMBER 19
(Save the Date! No event page yet!)


We can't do it without you! Support our work in Oakland and beyond by becoming a member of SELC today!