"The nonprofit system has tamed a generation of activists. They’ve traded in grand visions of social change for salaries and stationery; given up recruiting people to the cause in favor of writing grant proposals and wooing foundations; and ceded control of their movements to business executives in boardrooms." So begins a review of the provocative anthology, The Revolution Will Not Be Funded: Beyond the Non-Profit Industrial Complex, edited by the INCITE! Women of Color Against Violence collective (South End, 2007).

As someone with both organizing and grantwriting as part of my role at SELC, I know there is another way to effectively run a nonprofit organization while staying rooted in the principles and practices of justice, democracy, and sustainability; to practically embed these values in the very fabric of an organization's governance. It starts with worker self-direction, much like in for-profit organizations.

SELC has put a lot of thought and effort into organizing our nonprofit around worker self-direction because we've found that giving our staff significant decision-making power and autonomy has made us 1) more effective at advancing our mission to create more just and resilient economies, 2) more accountable to each other and our community, 3) more resilient and adaptive to change, and 4) more fun and empowering to be part of!

We've also found that there are certain policies and practices that work synergistically to create both the culture and the structure necessary for a healthy workplace democracy. View all of SELC's internal policies here. 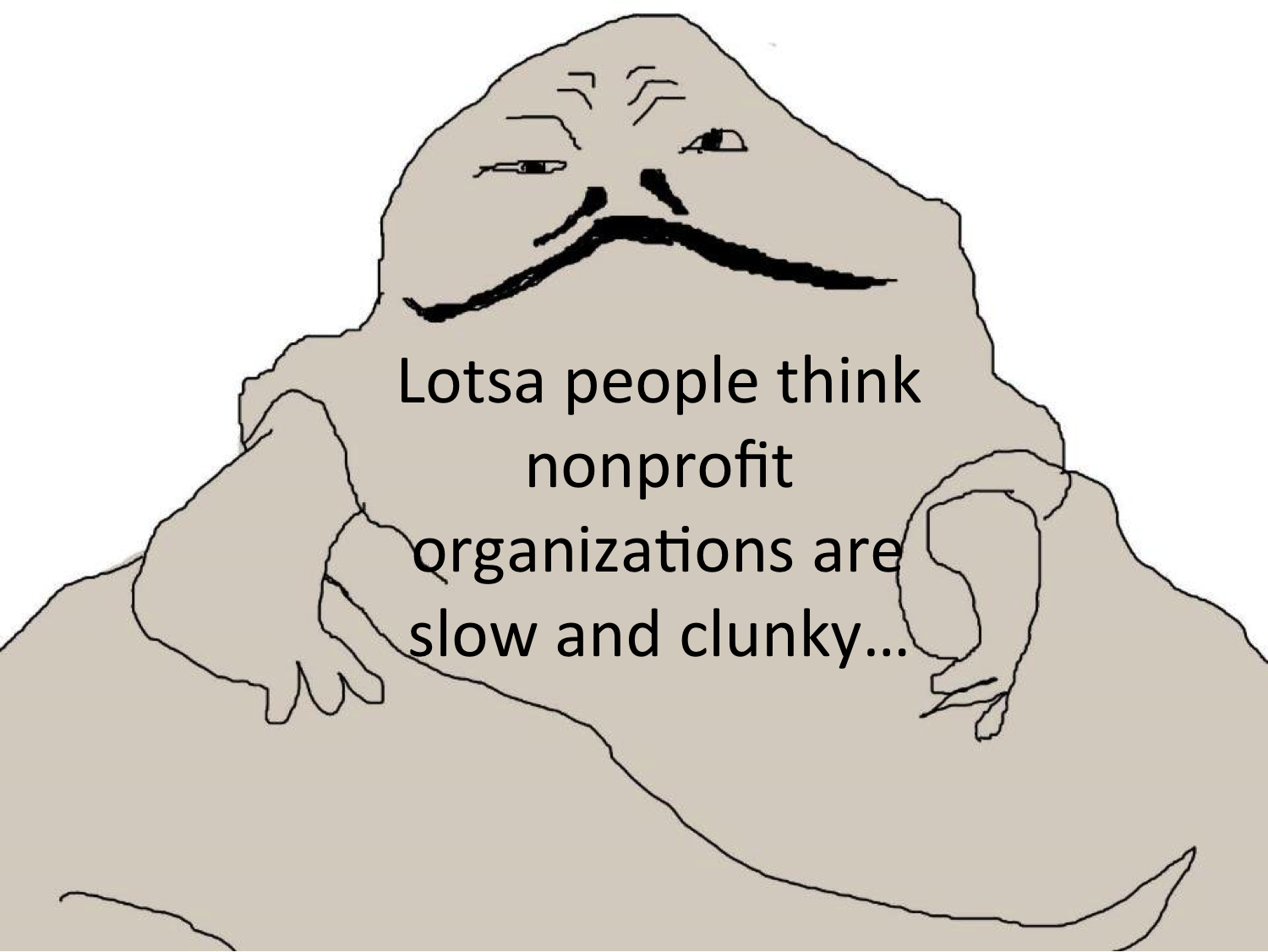 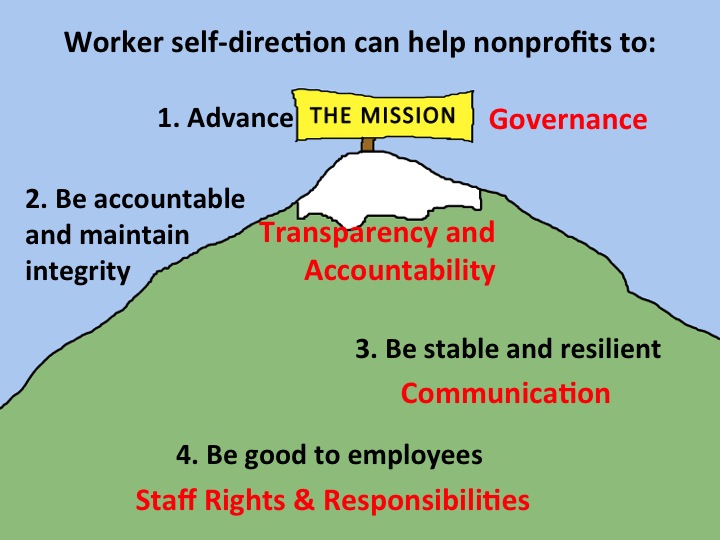 Removing any of these policies would likely weaken the overall health and resilience of our organization, much as the loss of any species in an ecosystem can have ripple effects throughout the whole community of life in that system. Many of these policies are subtly or overtly subversive of traditional organizational hierarchies – for example, having semi-autonomous decision-making circles and really dynamic roles within the organization makes it very difficult to justify paying certain people more or maintaining management hierarchies.

As the primary “sensors” of an organization, frontline workers are often best positioned to guide the direction of an organization while remaining highly accountable to the communities they are working in and for. And when an organization is working to upend the unjust concentration of wealth and power in society, as we are, it doesn’t make much sense to recreate those dynamics in our own organization.

The nonprofit sector employs over 11 million people. And given the urgency and unpredictability of converging global crises, we’ll need highly adaptable, resilient, and empowering organizations to catalyze the changes we need to see. It’s time for nonprofits – already committed to the public good – to embody the society they are working toward in their own governance structures and organizational cultures.

Want to join this conversation? We’re excited to learn from others working in worker self-directed nonprofits and begin creating more resources to support existing nonprofits. Click here to join a Google Group where you’ll find more resources on this topic and a growing community of practitioners!