Private Property is A Fictitious Notion 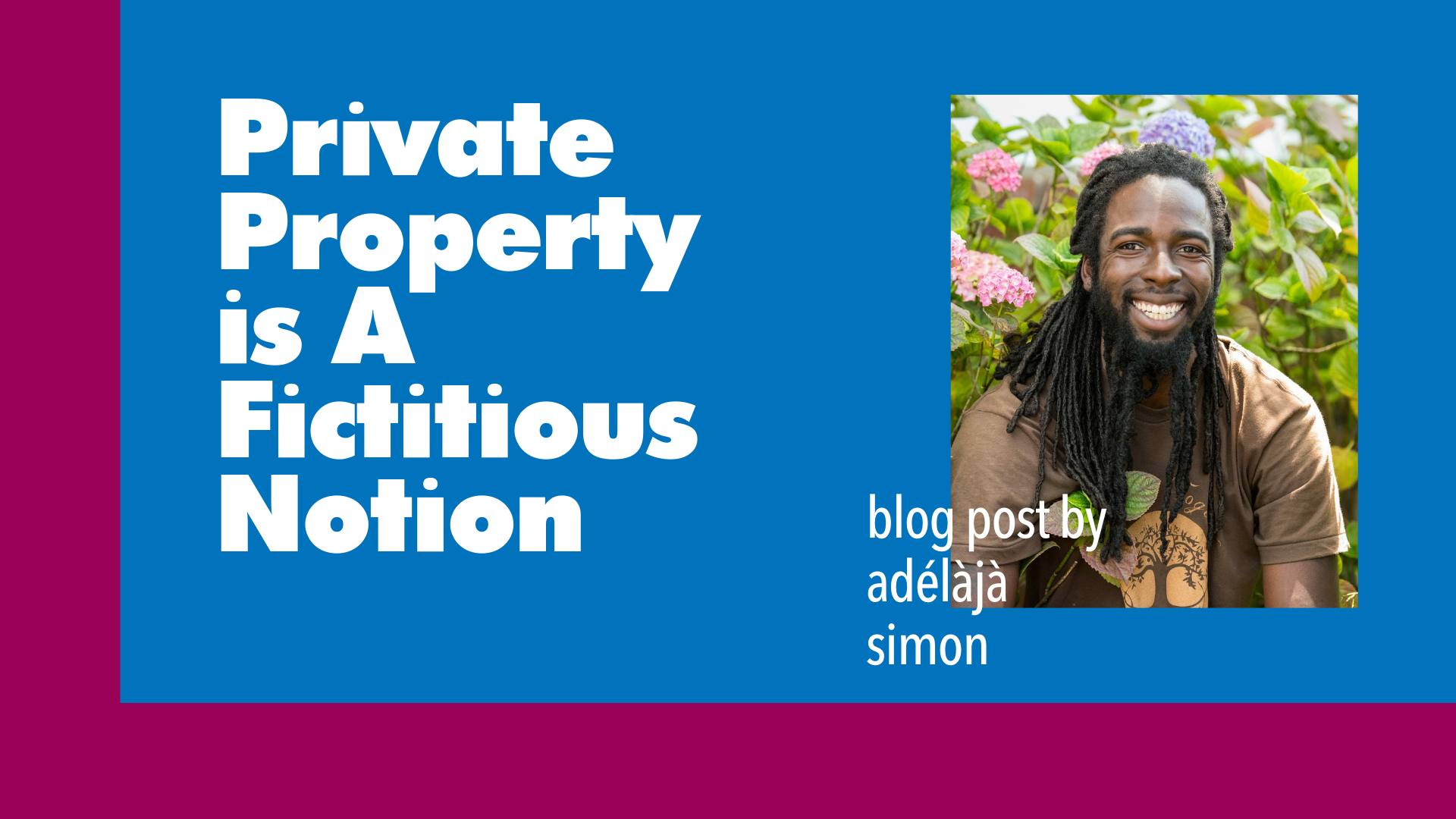 Hi! My name is adélàjà simon from the Law Center’s Radical Real Estate Law school. I am Ayisyen and Yorùbá born in the U.S. Recently, during some time spent on the east coast where I grew up, I was able to be in conversation with my mother about the only home that she knew growing up in Ayiti in a small town in the southwest near Baraderes. My mother is my grandfather’s first born child and with his lack of support for his children plus her having lived in the U.S. for so long, there has been fear that she might try and claim ownership of the land. Neither of us thought that we would be able to see it or visit it because of some of those dynamics, but an opportunity for re-connection with some family has reopened that possibility. As we engaged in this conversation, further fleshing out the details of this family drama, I found myself thinking about the untended graves in the back of the house where my Great Great grandparents were buried. I did not have the opportunity to even meet two of my grandparents, let alone Great grandparents before they passed away. 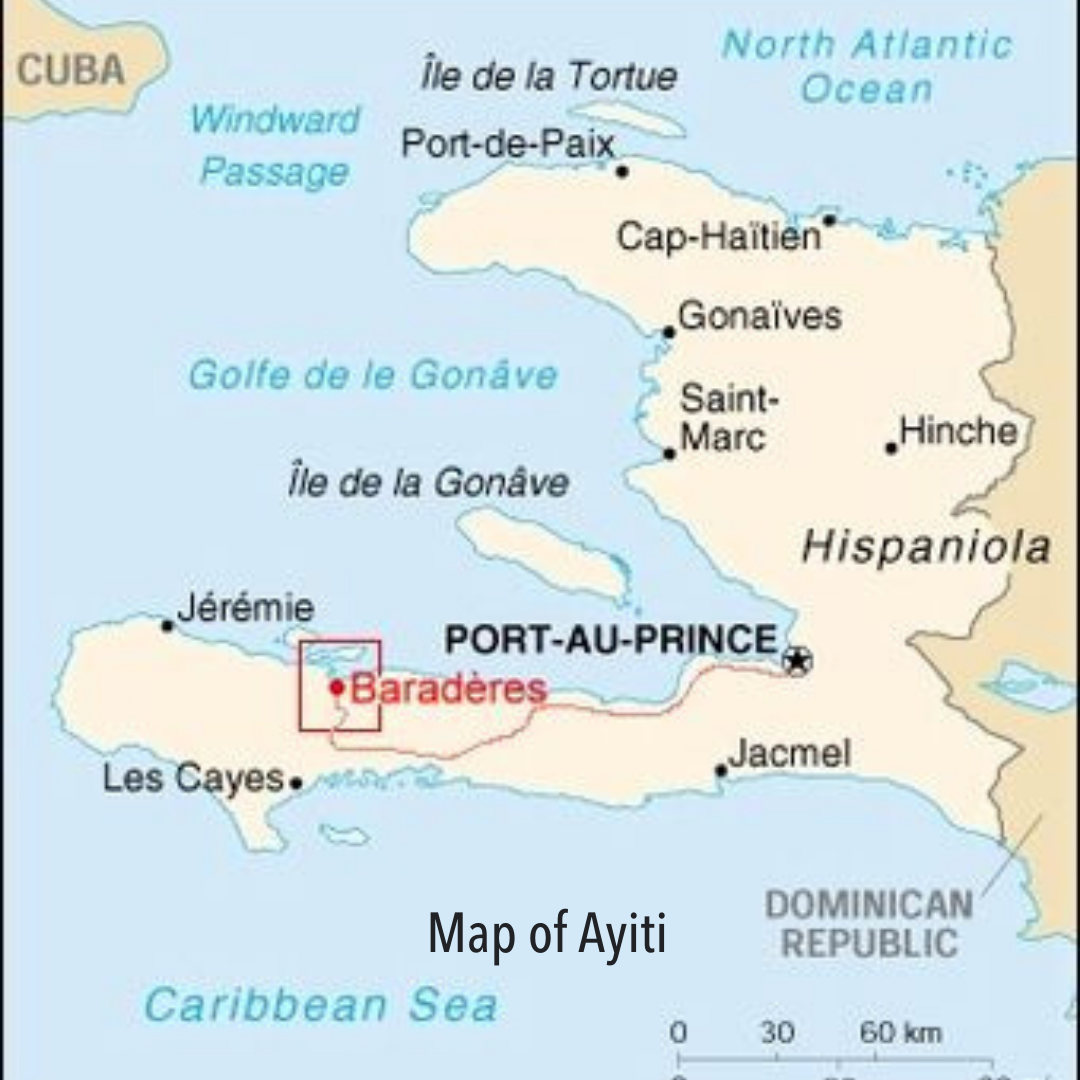 My family in Ayiti lives in a political climate greatly shaped by war, military occupation and dictatorship. In the years after the Ayisyen revolution, in order to pay an indemnity to France through taxes on agricultural produce, rural folks were pressured into working the land where they lived or working on larger landholdings, producing more for export - which amounted to a kind of indentured servitude. This was amplified by German and French influence bypassing constitutional prohibition against foreign ownership of land through marriage into the wealthier mixed race class. From there the U.S. occupation from 1915-1934 changed much about Ayisyen political structure including those rules against foreign ownership of land. Into the 90s and especially in the 2000s, Ayiti has seen a huge influx of NGOs buying up land, as well as ‘foreign investment’ which has amounted in many ways to continued extraction. As a youth, my mother was sent away from family to live near Port-au-Prince for schooling. As she aged, she had less and less contact with the land where she grew up. With all of this is mind, I could understand more of the fear and conflict with family. Connecting with all of this, I found myself thinking about private property and the challenges that arise in relation with it - especially for poor folks dealing with the impact of systemic racism and trying to secure a living foothold in a capitalist system.

Well, let’s start with the concept of private property...what is it? It is a designation for ownership by non-governmental legal entities. In Marxist literature, private property refers to a social relationship in which the property owner takes possession of anything that another person or group produces with that property, It is the right of an individual to exclude others from the use of an object. Capitalism depends on private property. Real property is fueled in a big way by the concept of Enclosure, which was the legal process in England of consolidating small plots of land into larger farms beginning in the 13th century. Once enclosed, use of the land became restricted and available only to the owner, and it stopped being available for communal use. This directly contrasts with a frame of understanding that acknowledges the intangible wealth in communally tended wild lands where values center the indigenous biodiversity and recognize the importance in intensively managing only what is essential to tend to family and community needs.

Private property as we know it was created to restrict usage, to increase profit, and to create scarcity. It serves landholders and creates a class divide where ‘owners’ can garner income from the land without having to do the work of the land. 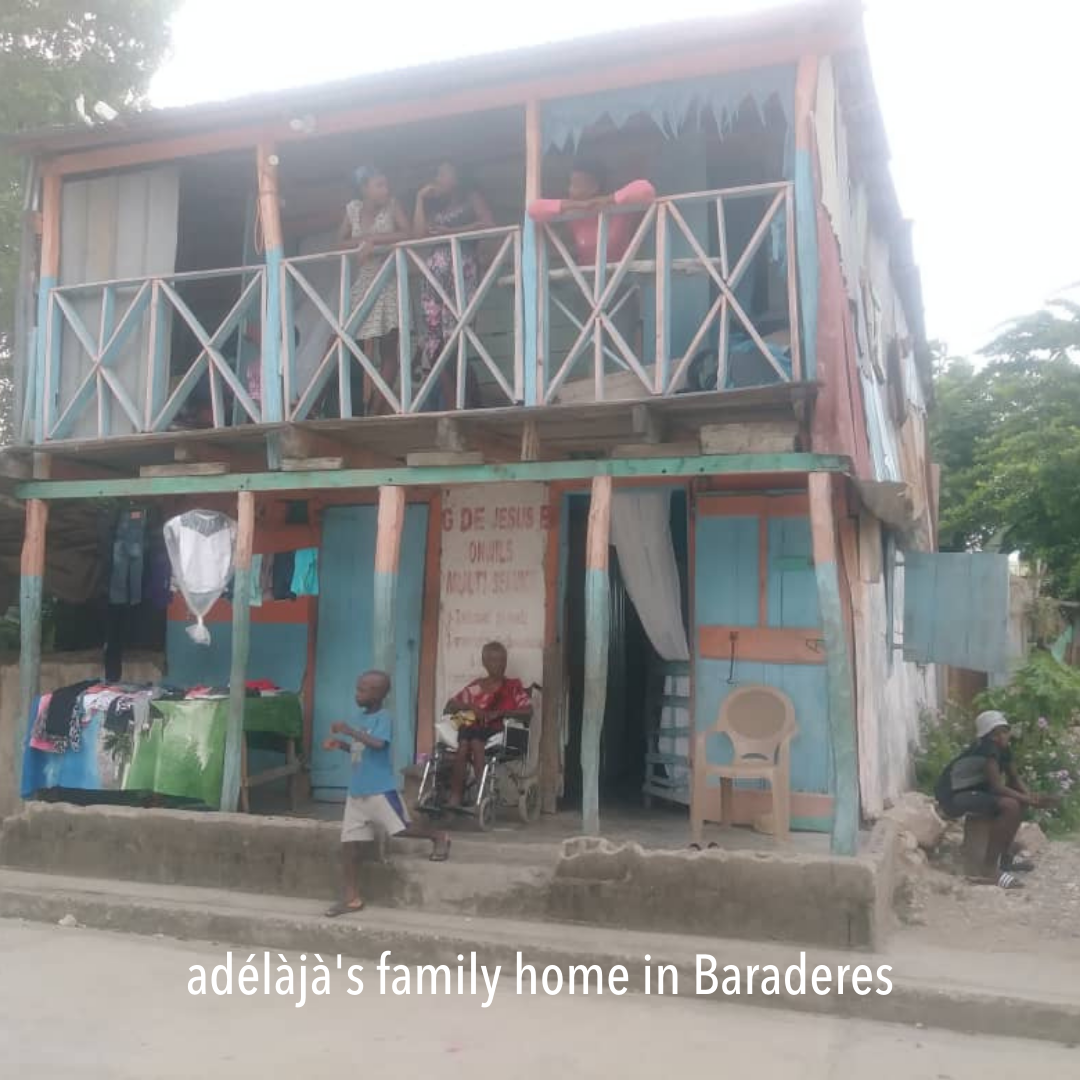 Knowing all of this, what can we do? Are there alternatives to private real property? In the Yorùbá culture, there is a phrase Iwa pele or ìwà ọpẹ ilé. It is commonly translated into english as: good character, but the meaning of the concept is much fuller; translation is not as straightforward as it is often made to seem. This phrase also means something akin to: an attitude of gratitude when greeting the home/earth. It is not something that you have, but something that is practiced and cultivated.

Some of my questions here are:
How do we cultivate this attitude when engaging with land through systems that relate to land as inanimate? As a resource to enclose and extract from? What are the rights of the land and how do we preserve them? How do we shift the dominant systems to foster deeper relationships with land?

If the dominant economy and the legality around property were structured differently, there would not be ingrained fear that my mother would swoop in from the U.S. and take the land and house away from the family members living in Ayiti.

One thing that could be addressed or amended is the Rule against Perpetuities. The rule against perpetuities is a legal rule in common law that prevents people from using legal instruments to control the ownership of private property for a time long beyond the lives of people living at the time the instrument was written. With more ability to dictate how land could be utilized into the future, in the right hands, land could more easily be taken off of the speculative market. Restraints on alienation (beyond what are considered reasonable restraints) could also be changed to support being taken off of the speculative market.

As a legal apprentice of the Radical Real Estate Law School, I am interested in pushing these edges of thought and action. In the meantime I am learning about Land Trusts and Easements as ways to support a shift in our relationship with Land not as property, but as home. I see these as interim shifts in the evolution of our relationship to land and commit to uplifting a cultural context where tending to ancestral home, story and lifeway always takes precedence to profit and extraction. 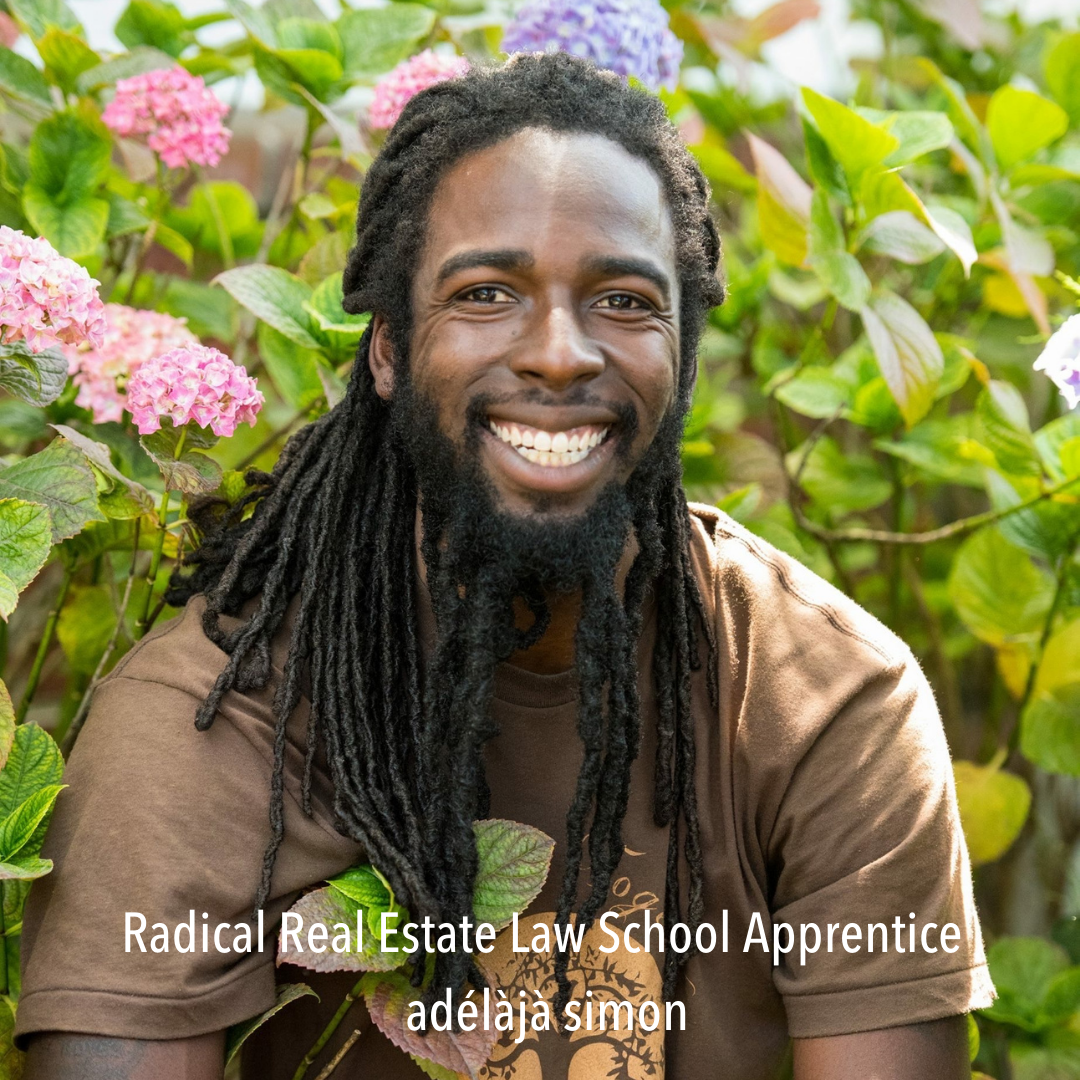