We love to read here at the Law Center! So we’re back with another end of year round up of all our favorite books we read in 2021. Our tastes range from memoir to speculative fiction to historical – but all books that push us to stretch our sense of self. Open yourself up to new worlds and new ideas with this rich reading list. 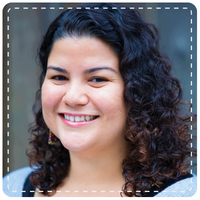 Ditto Janelle.  [See Janelle's recommendation below!] I also recommend Inflamed by Rupa Marya and Raj Patel.  It was the diagnosis that I needed, and a remedy to quit internalizing and feeling wholly responsible for the struggles that I am grappling with.  Understanding the systemic factors involved in our collective suffering is essential to our collective decolonial healing.  Our small group discussion with Rupa was heartwarming and nourishing as well. 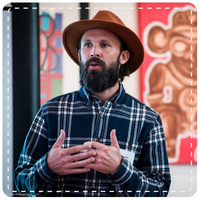 How to summarize a 700-page book that seeks to reimagine the sweep of all human history, synthesize decades worth of new archeological findings, and overthrow the oppressive myths that organize most of social science thinking on the ‘origins of human society’? Despite the bombastic title, The Dawn of Everything: A New History of Humanity by David Graeber and David Wengrow is a wonderfully playful, provocative, and engaging read with some very liberatory implications. Drawing on recent advances in archeology across the globe that have never been synthesized in one place, the authors show that our current political order is far from inevitable and that, in fact, countless other social realities have existed: self-governing cities without top-down governing institutions; cultures that adopted then abandoned agriculture many times for freer ways of life; societies that abolished slavery and war in multiple times and places; political systems where women held the majority of formal power. In other words, that for the vast majority of human history, people have lived in relatively freer societies than most of us inhabit now. Through this synthesis the authors identify three foundational forms of freedom that have seemingly existed across most of human history (though conspicuously absent today for many): the freedom to move, the freedom to disobey, and the freedom to shape entirely new social realities. Perhaps what’s more inevitable than hierarchy and coercion is, in fact, that the future will hold many different social possibilities for freedom.

On a completely different note (or is it?): Queer space necromancers solve an intergalactic haunted house mystery? Yes, please! Gideon the Ninth by Tamsyn Muir is the story you didn’t know that you really needed. It is one of the strangest and funniest works of speculative fiction I’ve read in a long time, full of raunchy bone humor, visionary world building, and some of the most memorable characters of any book I’ve read. I experienced some brilliant speculative fiction last year (Rebecca Roanhorse’s Black Sun, Arkady Martine’s A Memory Called Empire, and Amal El-Mohtar and Max Gladstone’s This is How You Lose the Time War to name a few!), but something about Gideon the Ninth has continued to tickle my bones almost a year later.  And stay tuned for the third book of this trilogy sometime in 2022! 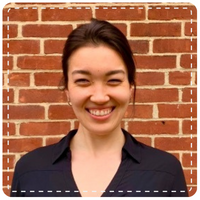 Sometimes you just need a book about a badass Black femme speaking her mind, building friendships, and taking out zombies. Dread Nation by Justina Ireland (as well as its sequel, Deathless Divide) satisfies that urge while also teaching readers about Reconstruction Era race relations and featuring queer and asexual characters! The first book opens by describing the first time Jane was almost killed—the day she, a Black baby, came out of her mother, the white lady of the plantation. From there, her life only becomes more chaotic. I couldn’t put these books down. 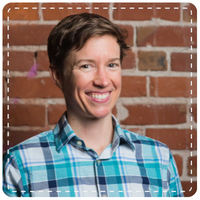 I recommend that people everywhere form discussion groups about the book Inflamed: Deep Medicine and the Anatomy of Injustice, by Rupa Marya and Raj Patel. I was whooping and hollering while listening to the audio book, because it made every cell of my body crave social transformation. Several Law Center staff and collaborators gathered for a tears- and chills-inducing conversation about this incredible book, joined by Rupa, herself. The authors write that: “Most doctors—most humans, really—have unwittingly inherited a colonial worldview that emphasizes individual health, disconnecting illness from its social and historical contexts and obscuring our place in the web of life that makes us who we are.” If groups of people discussed this book, and reconstructed the web of harms and injustices that have made us and our communities sick, then the path to healing would necessarily be a collective one – built on mutual aid and demands to transform our systems for land, water, food access, and much more. This book could seed a dispersed movement for justice that begins with people working together to understand how we can heal. 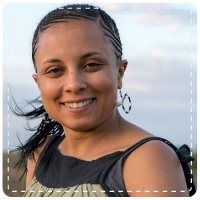 The Book of Delights was a book I cracked open again and again during 2021. It feels like eavesdropping on the inner thoughts of writer Ross Gay — funny, and often dark, but they always came back around to how wondrous this one life we have, is. The book is the byproduct of Gay’s practice of meditating on one delightful thing a day, for one year.  He delights in blowing things off; the wonder of fireflies; “the nod;” which Black folks know about; and even peeing in his pants in public because he couldn’t hold it any longer. Gay can even find delight in hard things — like a friend who has developed agoraphobia after a cancer diagnosis — reminding me that grief and joy are two sides of the same coin. There’s no thesis statement or real ending to this memoir-like book; but what you’re left with is a reminder of the healing power of joy and delight in these hard times.

I took The Nightwatchman by Louise Erdrich with me on a solo camping trip last spring, thinking I’d do a little light reading here and there between hiking and enjoying the scenery. I ended up spending damn near the entire trip completely engrossed in this book. Erdrich situates the reader within the true story of her grandfather Patrick Gourneau — a nightwatchman and  chairman of the Turtle Mountain Band of Chippewa Advisory Committee during his tribe’s modern-day fight for survival — and then proceeds to lead us into a community of characters that for me, represent the heart and soul of the Chippewa way of life. The struggle of fighting for their land, fighting to keep families together, fighting to scrape together enough money to eat, are treated with such tender love by Erdrich, the characters and their lives became allegory. I still think about these characters from time to time.

I am sharing one Nonfiction and one Fiction book.  My favorite non fiction of the year was The Sum of Us: What Racism Costs Everyone and How We Can Prosper Together by Heather McGhee. McGhee is former president and currently a distinguished senior fellow of Demos, a non-profit progressive U.S. think tank. She explains the zero sum game: political exploitation of white voters by politicians using racial fear and hatred to enact policies that hurt us all. This book does an amazing job of detailing how racism and white supremacy has been state sanctioned in the US and how poor and working class whites have, and continue to support policies that are against their own self interest.  A great companion read to The Color of Law: A Forgotten History of How Our Government Segregated America by Richard Rothstein.

My favorite fiction read this year , I couldn’t put it down, was Firekeeper's Daughter by Angeline Boulley.  This young-adult novel is set in  Michigan's Upper Peninsula and the Ojibwe reservation located there. (doesn’t hurt that the UP is on my bucket list and hopefully one of my destinations during my sabbatical this summer!) Exploring lots of the typical YA  themes;  high school, team sports, college selection, family, friendships and love interests but combined with the highly attuned exploration of tribal rights, native identity and sovereignty, exploitation by law enforcement, and traditional healing.  Boulley, an enrolled member of the Sault Ste. Marie Tribe of Chippewa Indians tells this story so authentically and beautifully.  I can’t wait for a second book with these characters.