Income For All: A Basic Right? A conversation with author Peter Barnes

Our middle class is in rapid decline. In the past, good paying jobs were the bedrock of America’s middle class. But in a globalized and increasingly automated economy, there simply won't be enough of those jobs.

Yet, there is hope! Come hear about and discuss some highly practical proposals for generating economic stability for all Americans. It's time to start talking about Universal Basic Income, the idea that people are paid simply for being alive! 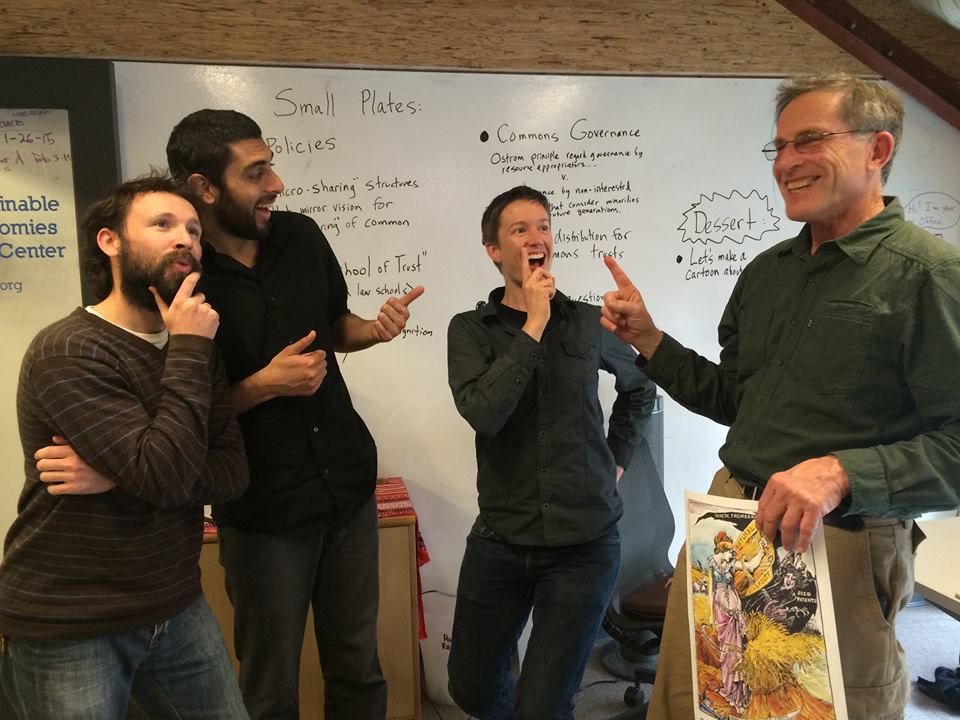 Join SELC for a special conversation with Peter Barnes, the co-founder of Working Assets/CREDO and author of Capitalism 3.0. Whether or not you have read Peter's most recent book, With Liberty and Dividends for All, this is a chance to hear Peter's inspiring ideas in person. Peter lays out how a Universal Basic Income could come -- not from labor -- from wealth that Americans already own together. We'll discuss examples like the Alaska Permanent Fund, which uses revenue from the state’s oil resources to pay dividends to every Alaskan.

This special conversation with Peter Barnes, SELC co-founder Janelle Orsi, Institute for the Future fellow Natalie Foster, and other SELC staff, has limited seating available. As part of SELC's #PeoplePoweredEconomies campaign, we will be offering SELC's Community Members and Sustainers the first opportunity to participate.

Not a SELC Member yet? Join today and help us co-create People Powered Economies everywhere!