Cooperative California Cities and the “New Economy”: Learning From History, Starting from Success

By Jason Spicer for CoLab Radio 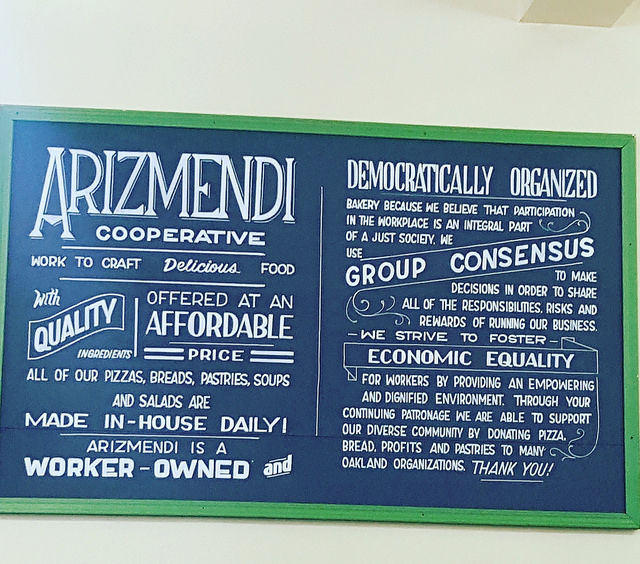 Excerpt: The “New Economy” label is used by a rising generation seeking to promote economic democracy, and build an economy which achieves the three e’s of the famed “urban planner’s triangle”: environmental sustainability, social equity, and economic development.

Another example in Oakland is that of Prospera, formerly known as WAGES, which works primarily with immigrant women seeking to build their own businesses, be they cooperative or not, providing them training and technical assistance. For others interested in starting new cooperatives and employee-owned firms, there is a host of support organizations with a local presence to work with them. These include well-established groups like the , and the US Federation of Worker Cooperatives. Newer entities include the Sustainable Economies Law Center (SELC), Uptima, and Workers Lab, all of which are housed in Oakland’s Impact Hub.

SELC has been working to educate local entrepreneurs on the full range of ownership models they can use, including coops, while also advocating to change state and city laws to make them friendlier to cooperatives. Just law year, SELC was part a coalition that helped change California’s cooperative statute to make it more flexible, and easier to raise external capital.