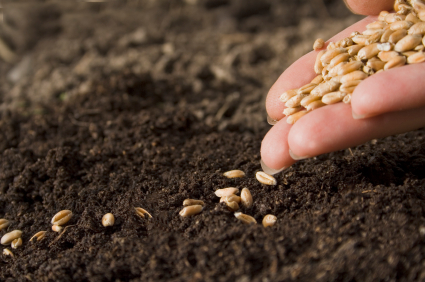 There are seed laws in every state that regulate the sale and transport of seeds within state lines. At the federal level, seed laws govern interstate commerce in seeds. These laws exist to restrict the introduction of invasive species, protect consumers from unscrupulous businesses, and ensure fair competition in the seed industry. But should they apply to non-commercial, non-profit, community-based seed libraries? We don't think so, and we think that seed libraries have the laws on their side.

Sustainable Economies Law Center (SELC), along with our friends at Shareable and the Center for a New American Dream, published this article laying down the legal argument why seed libraries shouldn't be subjected to seed laws intended to regulate the commercial seed industry.

What's beyond the sharing economy? The Beatles Economy!

So there we were, on the brink of changing the world, and we still hadn't found a name for what we were doing! The sharing economy? The community resilience movement? The cooperative economy? The new economy?

Well, at the Sustainable Economies Law Center, our extensive and intensive research has finally uncovered a more precise phrase: The Beatles Economy! Yeah, Beatles. As in The Beatles, who managed to present a comprehensive vision for a better world...in their song titles. Check out our video to learn more!

On Wednesday, April 30, the Neighborhood Food Act passed out of the Assembly Local Government Committee by a narrow margin. Assemblymember Bradford worked with the Committee to make some tough decisions to address concerns raised by opponents and some members of the Committee. Assemblymember Bradford agreed to remove the city zoning component of the bill and make some further adjustments to the tenants’ rights section, limiting the growing space to the backyard. We do not believe the bill would have passed out of the Committee without these agreements.

UPDATE on the Neighborhood Food Act and a Call to Action!


The big property owners' lobby, the American Planning Association and the League of California Cities are trying to kill our bill. They do not want to grant all Californians the right to grow food on land they already have lawful access to.
Read more

Business Planning workshop for cottage food operations coming up on April 17. Organized by our friends at UC Cooperative Extension and UC Berkeley and others.